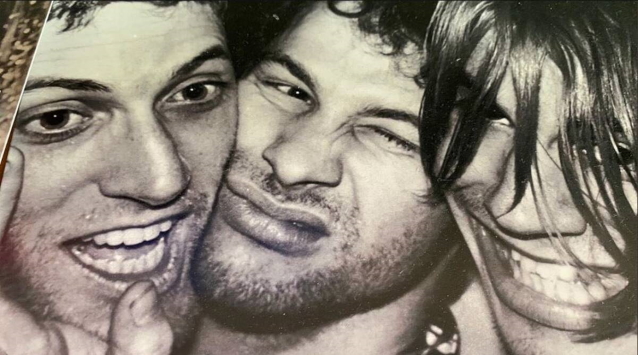 The news of his passing was confirmed by the band, which released the following statement: "We of the RHCP family would like to wish Jack Sherman smooth sailing into the worlds beyond, for he has passed. Jack played on our debut album as well as our first tour of the USA. He was a unique dude and we thank him for all times good, bad and in between. Peace on the boogie platform."

The cause of his death has not yet been disclosed.

Sherman joined RED HOT CHILI PEPPERS in 1983 as the replacement for Hillel Slovak and played guitar on the band's self-titled debut album. He was also a co-writer on its follow-up, 1985's "Freaky Styley", but he was replaced by a returning Slovak before the LP came out.

Sherman later contributed to RED HOT CHILI PEPPERS' albums "Mother's Milk" and "The Abbey Road" EP, but was left out when the band was inducted into the Rock And Roll Hall Of Fame eight years ago.

"It's really painful to see all this celebrating going on and be excluded," Sherman told Billboard in a 2012 interview. "I'm not claiming that I've brought anything other to the band... but to have soldiered on under arduous conditions to try to make the thing work, and I think that's what you do in a job, looking back. And that's been dishonoured. I'm being dishonoured, and it sucks."

GANG OF FOUR's Andy Gill, who produced RED HOT CHILI PEPPERS' debut, told Billboard Sherman's role should not go overlooked. "I do find him to be significant to the band's history, very much part of getting the funk guitar in there. They just really rubbed each other up the wrong way," he said.

In addition to his work with RED HOT CHILI PEPPERS, Sherman contributed to Tonio K.'s "Notes From The Lost Civilization", Bob Dylan's "Knocked Out Loaded", and albums by George Clinton and Feargal Sharkey.

We of the RHCP family would like to wish Jack Sherman smooth sailing into the worlds beyond, for he has passed. Jack...