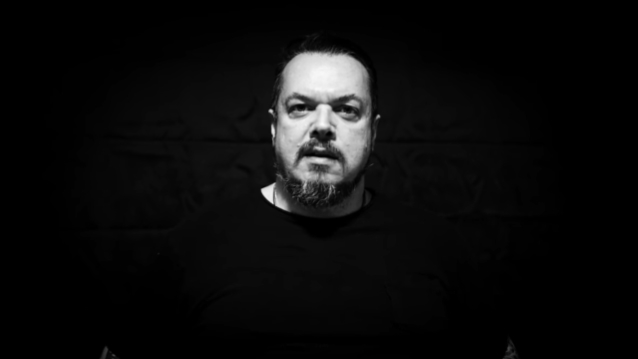 Former SEPULTURA drummer Igor Cavalera has launched a new video series, "Beneath The Drums", on his YouTube channel, where he dissects some of the best-known songs from his recording history. In the first episode, which can be seen below, he gives the backstory of the SEPULTURA song "Territory" and also performs a playthrough video of the track, originally taken from the band's 1993 album "Chaos A.D."

In 1996, Igor's brother, frontman Max Cavalera, exited SEPULTURA after the rest of the band split with Max's wife Gloria as their manager.

Two years ago, Igor teamed up with Wayne Adams (BIG LAD, DEATH PEDALS, JOHNNY BROKE) to form the PETBRICK project. The band's debut album, "I", was released in October 2019 via Closed Casket Activities in the U.S.