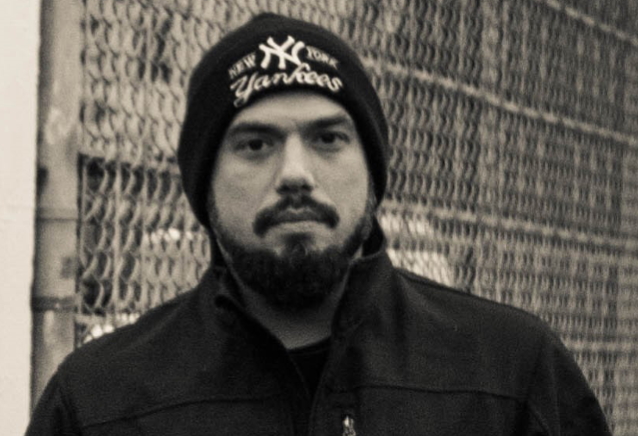 Former SOULFLY Guitarist MARC RIZZO Is Focusing On His Solo Projects: 'It's A Healthier Environment For Me'

Former SOULFLY guitarist Marc Rizzo has confirmed that he is focusing on his solo projects following his departure from the band.

Although Rizzo's exit from SOULFLY was never officially announced, it was revealed yesterday (Thursday, August 5) that FEAR FACTORY's Dino Cazares will play guitar for SOULFLY on the Max Cavalera-fronted band's upcoming U.S. tour, which kicks off on August 20 in Albuquerque, New Mexico.

Rizzo addressed his absence from the SOULFLY trek while chatting with fans on Facebook Live yesterday morning. He said (as transcribed by BLABBERMOUTH.NET): "I'm just going full forward with my solo project. It's just better for me. It's more of a healthier environment for me and my family. And being home more, and do my solo project, which I'm super stoked about. I've also got [my new band] HAIL THE HORNS. We're releasing the video that we did for a KISS cover today. I've got REVENGE BEAST. I've got ACOUSTIC VENDETTA. Things are good. And I'm doing a lot of good shit. I'm going full forward with my solo project. That's really where my heart is at, where I get my writing credit, where I get credit for my work and all my hard work gets proper credit. It's a healthier environment."