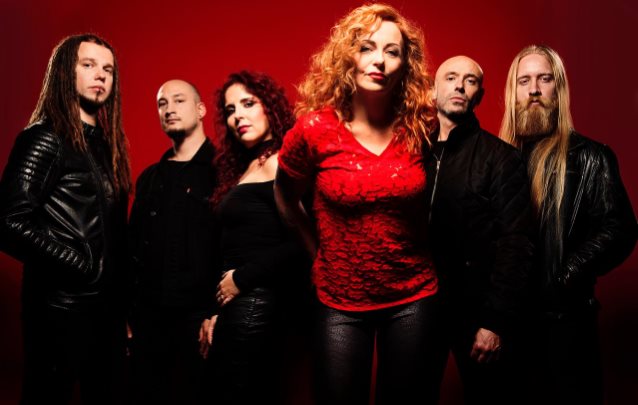 Renowned Dutch vocalist Anneke Van Giersbergen has announced the formation of a brand new band under the name of VUUR, created as a vehicle for the heavy progressive metal side of her career.

In early 2016, Anneke decided for the sake of clarity to narrow her musical focus, choosing to go in a folk acoustic direction as a solo artist and in a heavy progressive metal direction as a band vocalist. The name VUUR — translated from Dutch as "fire", which can also be interpreted to mean "passion" or "drive" — was chosen as a moniker to represent Anneke's metal side, with the idea that when fans buy a ticket with the VUUR name on it they will be getting her heavy progressive music, while an Anneke Van Giersbergen show will be entirely different. Thus, in order to give VUUR's kick-off the proper fanfare, Anneke has opted to take a break from performing in the first half of 2017.

"It's like I'm searching for contradictions," Anneke says of splitting her focus in two. "I want the heavy to be really heavy, and the soft acoustic stuff that I can do can be almost silent and inward. I'm trying to find those outer limits. I'm still writing and collaborating with different people, so VUUR's style is still kind of different from THE GATHERING and THE GENTLE STORM. You could say VUUR's music has the melancholy of THE GATHERING and lots of elements from THE GENTLE STORM, but it's a bit darker with fewer folk elements. It's still melodic and warm, but heavy."

The band shares some members with THE GENTLE STORM live band, and you can find the full line-up below:

Watch an introduction to VUUR below.

Anneke comments: "The band has a different name, because the music will be slightly different from THE GENTLE STORM, but most band members are still involved and the music will be heavy too, so in that perspective not a lot will change, especially in the live situation. I think people will really embrace VUUR as a live band because there are nothing but stars in this band. [Laughs] They're some of the best heavy metal players in Holland so I didn't want to let them go."

Look out for the first live announcements coming soon, with a debut full-length due in the fall of 2017.