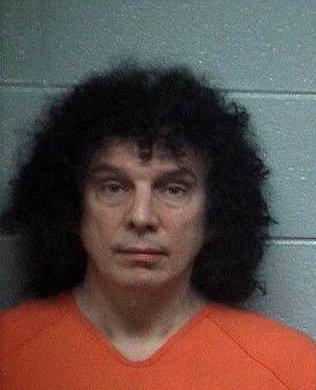 "On June 30, 2014, a web based, peer-to-peer web cam program, Chatrandom, observed the streaming/broadcasting of apparent child pornography through their program by a user. A moderator captured an image from the video stream, which depicted a young female child (believed to be between 6-11 years old) engaged in a sexual act. The moderator was also able to capture the associated IP address for the video stream and forwarded all the information to the National Center for Missing and Exploited Children (NCMEC).

"Upon determining that the IP address belonged to Hargray Communications Group in Bluffton, a tip was generated by NCMEC and sent to the SC Internet Crimes Against Children Task Force (ICAC),who notified the Beaufort County Sheriff's Office. An investigation was initiated and it was determined that the IP address was assigned to an account associated with 63-year-old Stephen Arthur Coronel.

"A search warrant was secured for the unit and was executed on September 26. Upon making entry, contact was made with Coronel inside the apartment, and he was found to have four videos actively playing and/or uploading that depicted young children ranging in ages from 3-12 engaged in sexual acts. Coronel was subsequently arrested on five counts of Sexual Exploitation of Minor.

"Three computers, seven external hard drives, three cell phones, and numerous media to include flash drives, CDs, and VHS tapes were collected as a result of the search warrant. Due to the large quantity of materials collected, forensic analysis of this evidence will be completed by the SC Attorney General's Office, who will also be adopting the investigation. It has not yet been determined if Coronel was involved in the production of any of the videos seen during the preliminary review, or if any of the videos were produced locally."

According to CharlotteObserver.com and BeaufortPublicSafety.com, Stephen Coronel — who is best known as the original guitar player in WICKED LESTER, Gene Simmons and Paul Stanley's pre-KISS recording act — was arrested in South Carolina on Friday on child-pornography charges.

The 63-year-old, who reportedly helped write the songs "She" and "Goin' Blind" which later appeared on KISS albums, was charged with five counts of sexual exploitation of a minor after a number of electronic devices and other evidence were seized by deputies at his Bluffton apartment.

Sgt. Robin McIntosh of the Beaufort County Sheriff's Office told CharlotteObserver.com that the investigation began when the U.S. Department of Justice's Internet Crimes Against Children Task Force determined child pornography had been uploaded from Coronel's home.

In a 2013 interview with Kiss Army Sweden, Coronel stated about WICKED LESTER's early days: "The band started with Gene, Brooke Ostrander and myself. Then Stanley [was] brought in by me. Next [to join was] Tony, a drummer brought in by Brooke. We found a room above the Norman Watch Co. on the second floor of a walkup Chinatown storefront type building, leased by a sculptor, who rented the back room to us for use at nights and weekends. There was no heat in the winter. Stanley and I would run in the snow before rehearsal to a small Chinese liquor store to buy wine. Gene would scold us! We had many many rehearsals there. The following spring I got a call from Gene while I was upstate working as a waiter in the hotels for the holidays. A thief broke into the rehearsal room and our equipment and guitars were stolen. So we had to buy whatever used guitars and amps we could find. But we kept playing."

He added: "Epic Records didn't like me for some reason. They said WICKED LESTER would get a deal if they replaced me. Gene had to come up to my apartment to break the news to me."