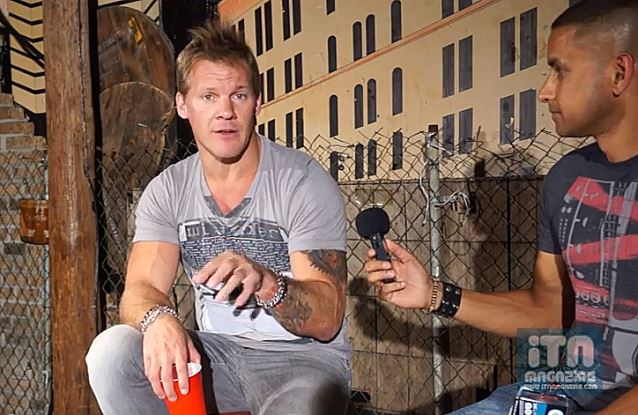 FOZZY Frontman Interviewed By IN THE NOW MAGAZINE (Video)

Shabby Hasan of In The Now Magazine conducted an interview with FOZZY singer and WWE wrestling superstar Chris Jericho on September 29 at The Chameleon Room in Oklahoma City, Oklahoma. You can now watch the chat below.