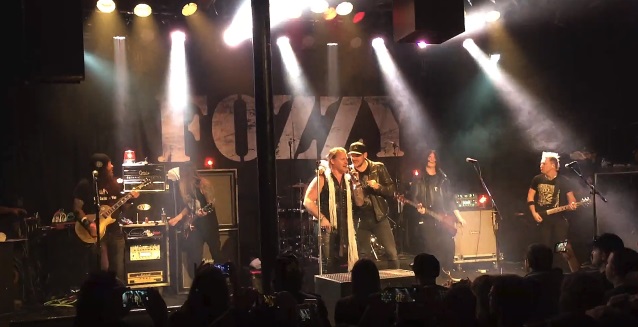 MACHINE HEAD guitarist Phil Demmel and QUIET RIOT singer James Durbin joined FOZZY on stage on March 13 at Slim's in San Francisco, California to perform a cover version of the AC/DC classic "T.N.T." Fan-filmed video footage of their appearance can be seen below.

FOZZY is continuing to tour in support of its latest album, "Judas", which was released last October via Century Media.

FOZZY singer — and WWE wrestling superstar — Chris Jericho recently told AXS that he felt "Judas" was going to be a "turning point" for his band. "I mean, you hear that every time a band releases something, but this album really does feel different," he said.

"There's a big hierarchy in rock radio. There are the B-level stations and then there's the A-level that are really the elusive ones," he continued. "They are very, very hard to land. If you can land those, that can get you to the Top 10 and it still means something for you to be able to do that, and 'Judas' has opened some of those doors for us. I think 'Painless', which is going to be our next single, will probably swoop right in there and take over."

Jericho went on to say that "Judas" was a collection of 11 potential singles. "We worked really hard to put together a record that could do that," he said. "I'm not gonna say we were set up to write that way, but once we started getting into a groove, we all really felt these songs were perfect for radio.

"These songs are just very memorable, hook-laden, melodic songs that sometimes don't have a guitar solo in them," he added. "We looked at is as if it doesn't feel right, then all right, there won't be one. For a rock and roll band to do a song without a solo is strange, but for us, we realized if it's not going to add anything to the song, then let's not do it. Once we got that mindset, then the record just came flowing out."

The production duties on "Judas" were handled by Johnny Andrews, who co-wrote FOZZY's "Lights Go Out" track back in 2014 and has written songs with the likes of ALL THAT REMAINS, THREE DAYS GRACE and HALESTORM in the past. 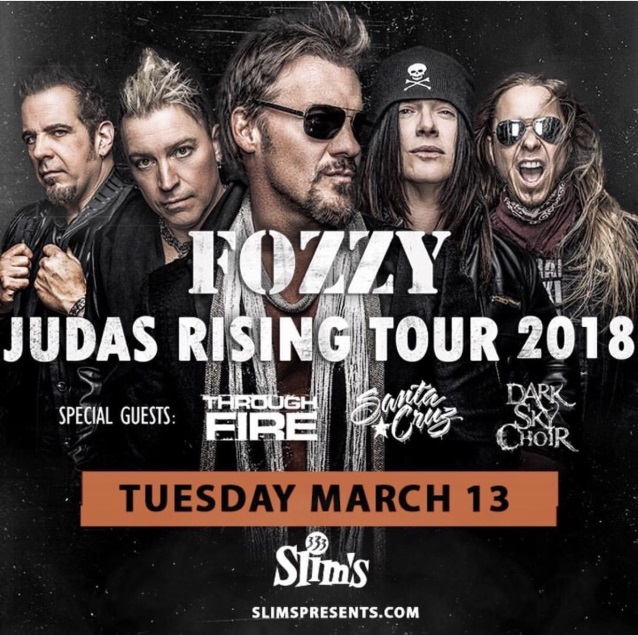