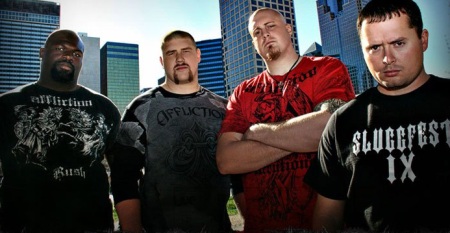 FREE REIGN's new single, "One Step Away", went on sale via iTunes and all digital sales providers on Tuesday, February 22.

Commented Colombo: "'One Step Away' is a song about feeling close to success — whether it'd be a band that has worked so hard but could not quite reach their dream, or a team/player that’s accomplished so much but a championship just seems to allude them. What keeps people coming back is the idea that maybe this time nothing will stand in your way of achieving your ultimate goal."

"One Step Away" was released via the band's own label, DC Rightside Music, and a new, full-length studio album titled "Heavier Than Metal" will follow this month.

You can now stream the single at this location.