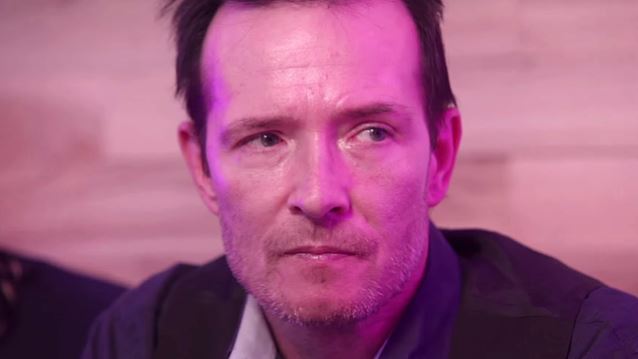 Funeral services for former STONE TEMPLE PILOTS and VELVET REVOLVER singer Scott Weiland were held yesterday (Thursday, December 10) at the Hollywood Forever Cemetery in Los Angeles, California. Members of both bands were in attendance at the event, with Chris Kushner, the wife of VELVET REVOLVER guitarist Dave Kushner, writing on Instagram: "A very sad day when [you] bury a friend. He was a good man. Don't believe everything [you] read. Remember, we were all there." She later added: "It was filled [with] love and funny beautiful stories about Scott."

Weiland was found dead on Thursday, December 3, while on tour with his solo act, THE WILDABOUTS.

Following his death, police found cocaine, Xanax, synthetic opiates, sleeping pills, Viagra and medication used to treat Weiland's bipolar and schizophrenic diseases on the bus and in the singer's bedroom.

Cocaine was also found in bassist Tommy Black's bunk, and the bassist was arrested on possession charges but later released.

STONE TEMPLE PILOTS and VELVET REVOLVER issued statements on his passing, while musicians and fans around the world have also posted tributes.