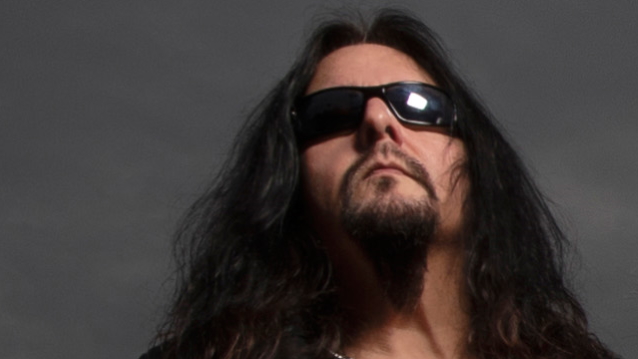 Gene Hoglan has commented on the passing of former DEATH and CYNIC drummer Sean Reinert. Sean was found unresponsive at his California home on January 24. He was only 48 years old.

The former DEATH and current TESTAMENT drummer told the "Talk Toomey" podcast: "[Sean] absolutely was a genre-changing, very inspiring drummer. [DEATH's 1991 album] 'Human' — I've said it many times, and I will always say this, Sean's drums on 'Human' helped change the game, absolutely. If you have a talent that goes beyond the genre that you're playing for, and you're allowed to use that talent and that expertise… Sean did an amazing job at just that with 'Human'. As a whole, that album was just ball-crushingly heavy, totally amazing.

"Sean's impact on our style of music, it was felt immediately by myself a couple of years later, when I was going to work with DEATH," he continued. "Having Sean setting the template that he did just opened up all the avenues for the approach of the instrument on 'Individual Thought Patterns' [1993] for me, and also 'Symbolic' [1995]. Just having Sean there, and Chuck [Schuldiner, DEATH mastermind] as well, being, like, 'Yeah, dude, I'm down for whatever you wanna write. However you wanna play your drums, go for it. Go sick. Go nuts.' I've always quoted Chuck as that, and that's a direct quote: 'Go sick. Go nuts.' And having 'Human' under DEATH's belt made albums like 'Individual' and 'Symbolic' and 'The Sound Of Perseverance' [1998] be that much easier to accept from the audience and create from the band's standpoint."

Hoglan added: "Sean is a mighty talent who will, of course, always be missed, and having his musical legacy live on through the music is something we are all fortunate for. All of our hearts go out to his family, his husband and everybody who was involved in his life. It is a tragedy for all of us — absolutely unexpected. And we still don't know exactly what happened, and we're all waiting with bated breath when we get the word of what exactly happened. We miss Sean, and we love Sean, and our hearts go out to his family and loved ones, and we hope they're gonna make it through everything okay."