GENE SIMMONS: '27: The Legend And Mythology Of The 27 Club' Book Due In October

"27: The Legend And Mythology Of The 27 Club", the inaugural release of the new Simmons Books series, is Gene Simmons's witty, insightful, and no-B.S. take on the myth, and the actual people, that make up the "27 club" — the groundbreaking musicians, artists, and celebrities who died at the age of 27, frozen in the collective consciousness at the zenith of their creative output.

The summer of 1969 was a momentous one in modern history. It was a season punctuated with change. Apollo 11 landed on the moon, thousands of young fans flocked to rock 'n' roll festivals like Woodstock and the controversial Altamont Freeway concert, the Manson Family cult were on a high-profile killing spree, and the first uprisings that would become the Stonewall Riots began. It was an electric summer of violent endings, new beginnings, and social unrest.

It was also the summer that a myth was born–beginning with the tragic, untimely death of THE ROLLING STONES founder Brian Jones. The world soon lost two more huge music stars: Janis Joplin and Jimi Hendrix. Not only did losing these three beacons of music culture seem to signal the end of a musical era, it also felt like a foreboding sign; they had all died at exactly the same age. All three had lost their lives at the pinnacle of their creative output, and all three were exactly 27 years old.

People have speculated that there could be a dastardly lineage, from the poisoning of blues pioneer Robert Johnson in 1938, through these icons of the '60s, and more recently to rebel chanteuse Amy Winehouse's death from alcohol poisoning in 2011. Could it be a twisted fate that the world's very best creative souls come to early, often violent, deaths at just 27 years old? Over time, this idea began to be known as, "the 27 club," and it has persisted in the public imagination.

In "27: The Legend & Mythology Of The 27 Club", rock 'n' roll icon Gene Simmons takes a deep dive into the life stories of these legendary figures, without giving credence to the romanticized idea that being in the "club" is somehow a perverse privilege. Simmons wills us to acknowledge the extraordinary lives, not the sensational deaths, of the musicians and artists who left an indelible mark on the world.

Gene told the WRIF 101.1 FM radio station that he didn't really set out to write a book that would play up the supernatural aspects of the "club" — instead, he wanted to talk about what lies at the root of self-destructive behavior.

"It's really about when you become rich and famous and everybody admires you, what is that thing that makes people destroy themselves, even to die? What is that?" Simmons said. "The rest of the world adores you and your fans love you and they give you money and fame and all that, and then you kill yourself. I don't get it."

Simmons is the co-founder of KISS — America's #1 gold-record-award-winning group of all time in all categories (RIAA),Rock And Roll Hall Of Fame inductees since 2014, and 45 years strong as one of rock's most influential bands. With KISS, Simmons has recorded 44 albums and sold over 100 million records worldwide, and the band continues to sell out stadium tours today. Simmons is also a bestselling author, boasting New York Times bestsellers "Me, Inc." and "On Power" among others, and has founded a number of hugely successful businesses, including the restaurant chain Rock & Brews.

"27: The Legend & Mythology Of The 27 Club" will be released on October 2 via powerHouse Books. 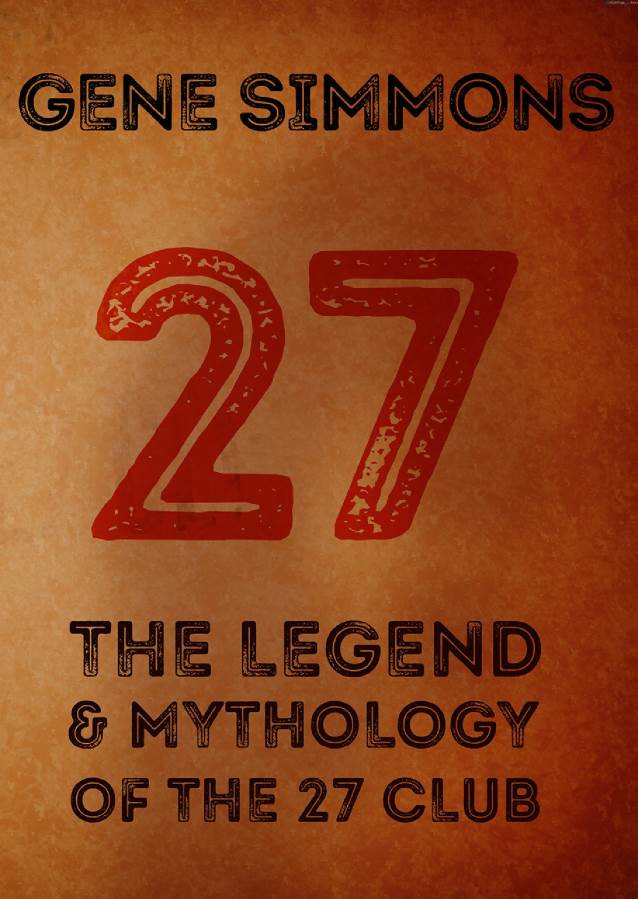