KISS bassist/vocalist Gene Simmons has dropped $1.5 million from the asking price of his Southern Nevada estate.

Simmons put the home on the market in October for $14.95 million, but that price came down on November 17 to $13.5 million. Gene paid a combined $10.8 million for the home and a lot adjacent to it back in May. Among the improvements Simmons made to the Las Vegas house is installing all new floors and ripping up wall-to-wall carpeting in some of the rooms.

Speaking to TMZ about his decision to sell the home only five months after buying it, Gene said: "First I bought it because Mr. Biden [U.S. president Joe Biden] and Mr. Newsom [California governor Gavin Newsom] are looking to raise taxes to the point where if I work really hard to earn a legal dollar, I may get to keep 35 cents. So, California has become untenable. So I'd rather leave the money to my family and to charity and so on, so I wanted to move to Las Vegas. No income tax, no state tax, no local tax, no inheritance tax, beautiful place, great. Except for one thing — my family doesn't wanna go there. They're not gonna put up with the heat, and down the street, there's strippers and stuff like that. They don't wanna deal with any of that."

He continued: "I bought [the house] for 8.6 [million], then I bought the property next door for 2.4 [million] and planted 137 trees. So, guys, I can this for 25 or 30 million, but I'm blessed. I'd like to meet the person that's gonna wind up buying the place because I don't wanna just hand it over to some knucklehead. I want you to enjoy it and have a good life."

According to Gene, his wife and their two adult children prefer to stay at the family's other homes, an extensive portfolio which includes a modern lake house in Whistler, British Columbia, a home in Malibu and two houses in L.A. that Gene bought for the Simmons kids, Nick and Sophie.

According to TMZ, Simmons purchased a mansion in Beverly Hills, California in October for $10.5 million. The home occupies more than 7,000 square feet of living apace and an additional 1800 square feet of "sleek deck space." The sophisticated design allows for scenic views from the expansive kitchen, dining, living room, four bedrooms and five bathrooms, upstairs library/gallery space and a sliver of glass in the home theater. The home is one half solar powered, using roof panels to heat the pool and radiant heated floors.

In September, Simmons sold his Los Angeles mansion for $16 million, almost a year after he first put it on the market for $22 million. He later relisted it for $25 million after it never sold and he reportedly invested a lot of money in making improvements. 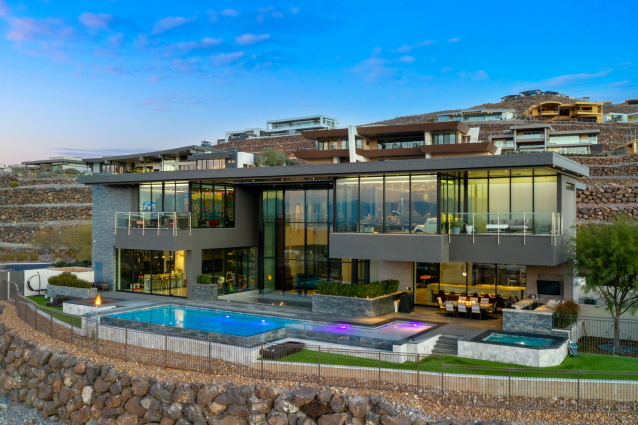 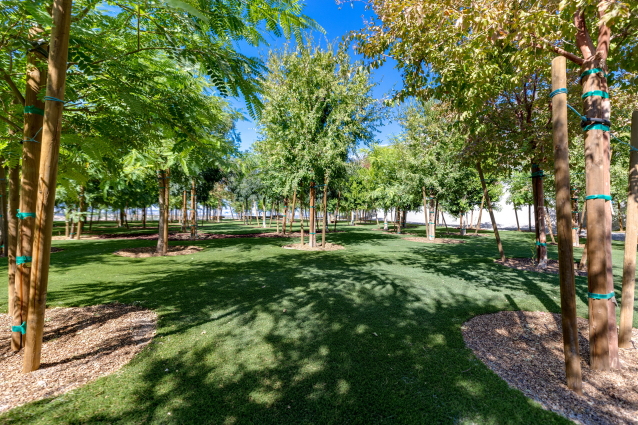 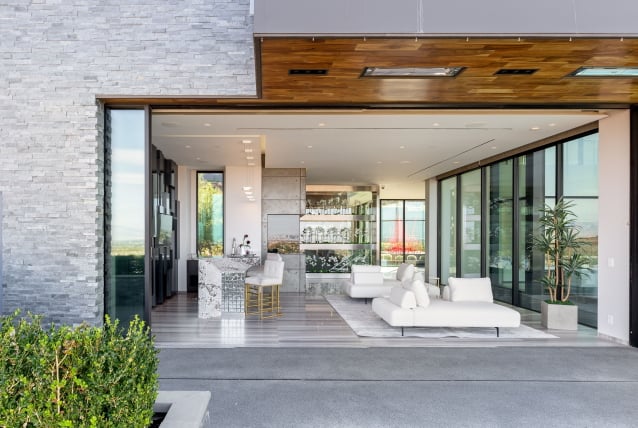 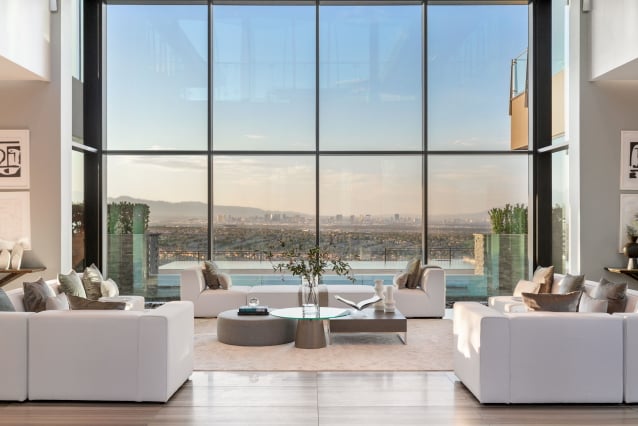 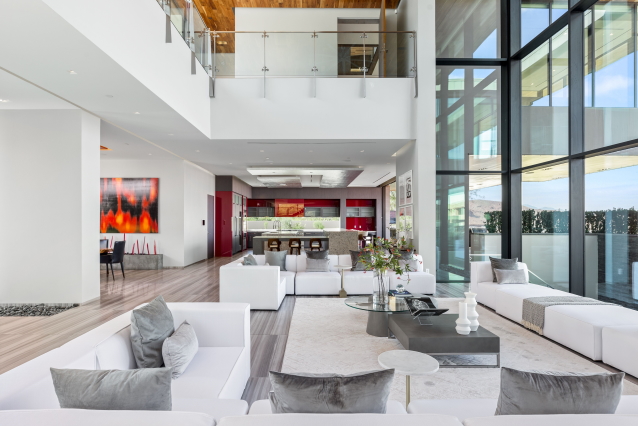 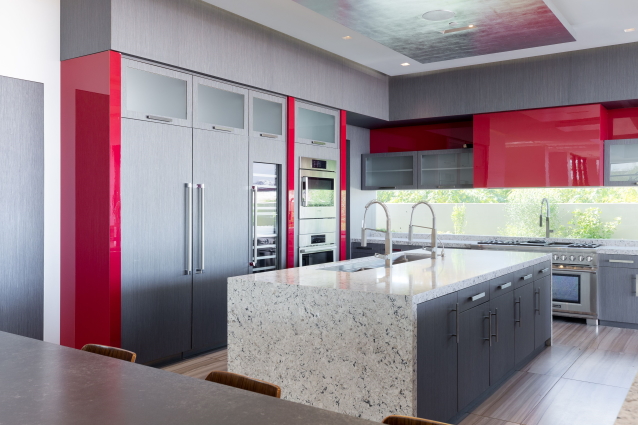 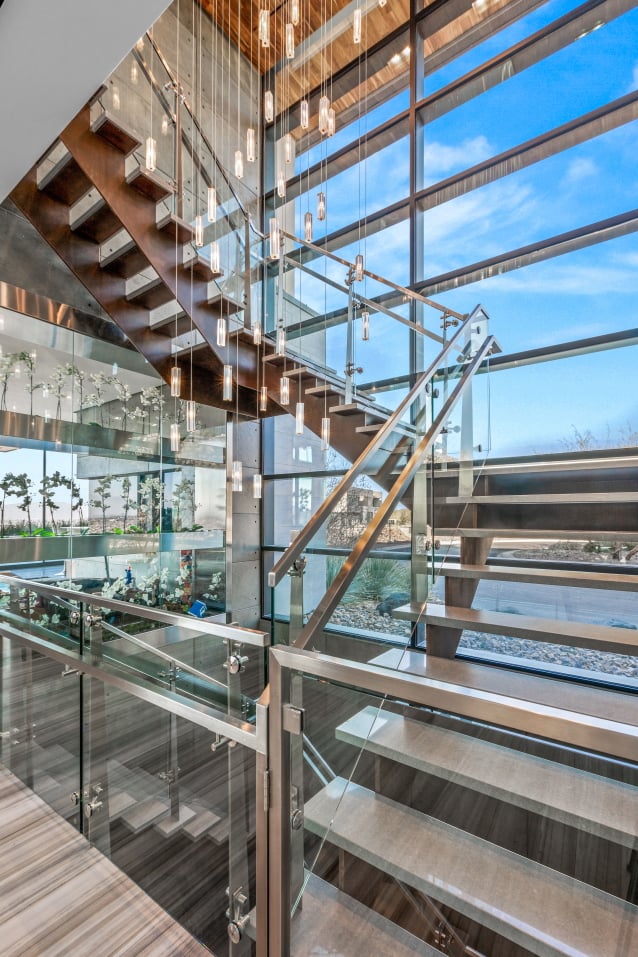 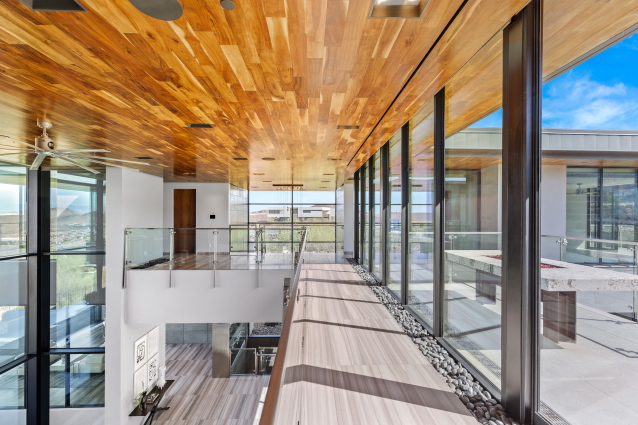 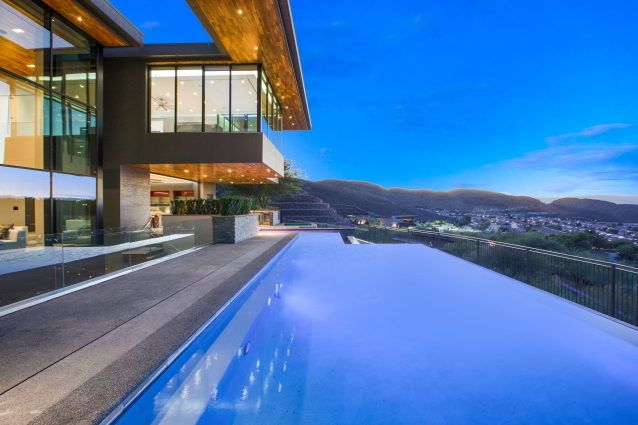 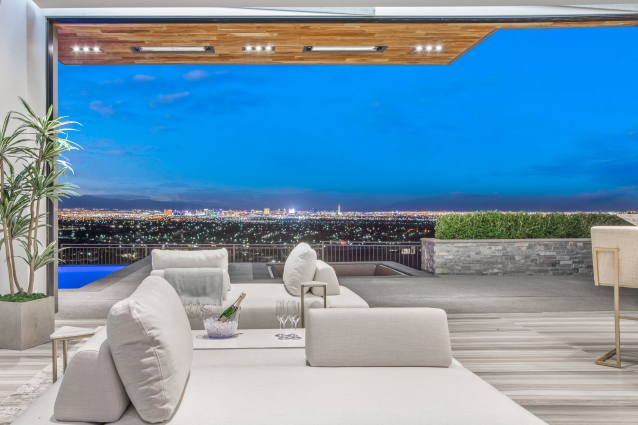 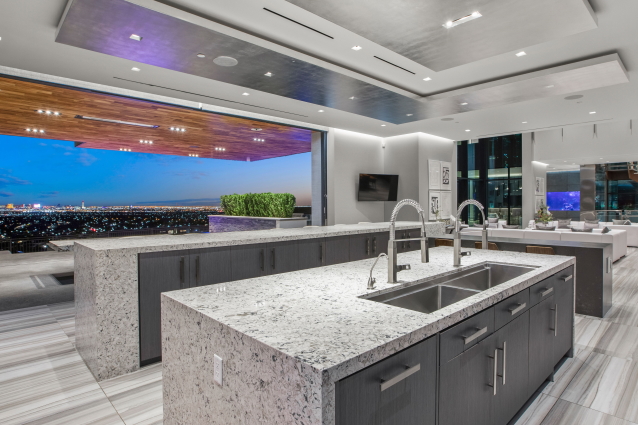 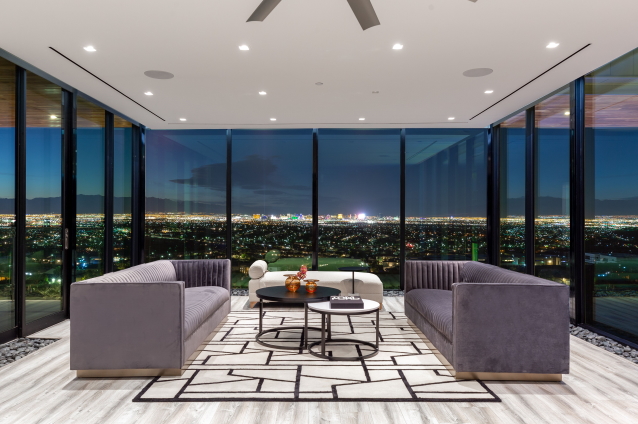 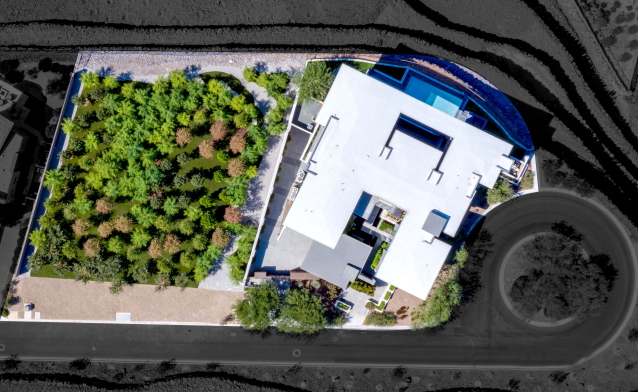