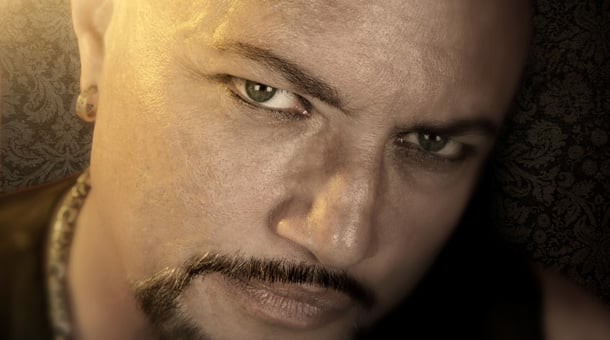 Singer Geoff Tate — who was fired from the Seattle progressive rock band QUEENSRŸCHE in 2012 after fronting it for three decades — has apologized to the group's fans for the "totally distasteful" war of words that played out in the press and court documents following the split, saying that there will be a "bright side" once a settlement has been reached over the rights to the QUEENSRŸCHE name.

During an appearance on last night's (Friday, March 7) edition of "Eddie Trunk Rocks" (formerly "Friday Night Rocks") radio show on New York's Q104.3 FM, Tate addressed QUEENSRŸCHE fans directly, saying: "Thank you for all the amazing letters and support people have given me in the last couple of years. It's been inspiring.

"I feel so sorry for people that have loved this band and watched this totally distasteful situation happen in the press."

He continued: "It's so confusing for people, 'cause they can't discern what is hype and what is Internet rumor versus what is truth and what's a court case. In any other court case, there's so much untruth that gets said because people are trying to win. And the fans really get caught up in the middle of it. It's a very frustrating, confusing situation and I'm so sorry that it had to play out this way. But there will be a bright side, I promise everybody, and I'm looking forward to that as much as I'm sure they are."

Tate and his former bandmates recently requested more time to hammer out a settlement in their legal battle over the rights to the group's name.

King County Superior Court Judge Beth Andrus signed a new order continuing trial date, allowing the parties four more weeks to come to an agreement over the use of the QUEENSRŸCHE name and its associated trademarks. If they cannot reach an agreement during that period, the five-day, non-jury trial is set to begin on April 7.

Tate and his former bandmates were previously granted five additional weeks in two separate trial continuances in January and February to work on the details of their settlement agreement.