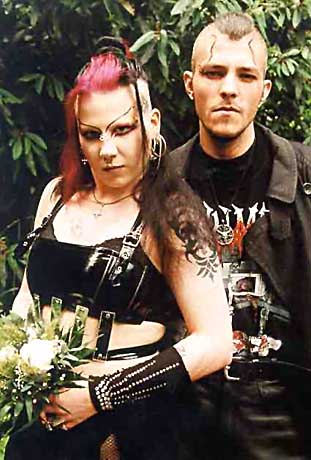 The German couple (Manuela, 23, and Daniel Ruda, 26) who were accused of murdering a 33-year-old man beneath a banner reading "When Satan Lives" (as reported here on January 18th) were given prison sentences of 13 and 15 years respectively after admitting to killing the “friend” in their flat in Witten, in the Ruhr valley. After stabbing Frank Hackert 66 times, the couple (whose "lovely" photo can be viewed at this location) reportedly carved an occult pentagram on his chest, collected his blood in a bowl, drank it, and proceeded to make love in one of two matching silk-lined coffins they slept in. To read the latest story (as reported by the British Guardian newspaper),click here.