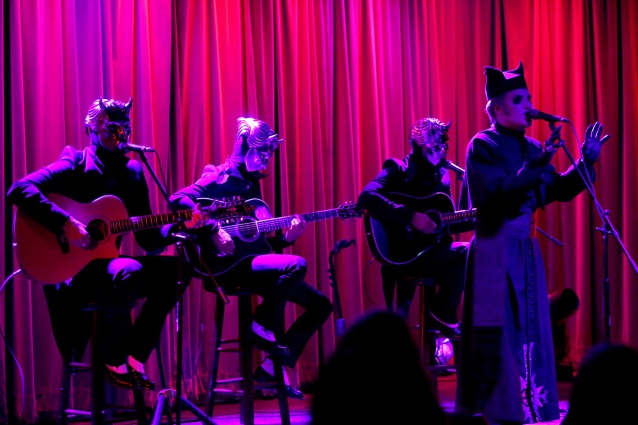 On May 1, GHOST played a three-song acoustic set inside the 200-capacity Clive Davis Theater at Los Angeles's Grammy Museum. Pictures from the performance (credit: Rebecca Sapp) appear below.

Although no cameras or cell phones were allowed inside the venue, brief snippets of each song can be seen below.

During the performance, frontman Tobias Forge — dressed as his newest incarnation, Cardinal Copia — was backed by three Nameless Ghouls on acoustic guitar. He encouraged crowd participation during the chorus of current single "Rats", playfully boasted about "Cirice" earning the group a Grammy Award and said that "Jigolo Har Megiddo" — the ending of which saw one Nameless Ghoul break a string — was written about "getting down."

GHOST kicks off its first tour in support of "Prequelle" on May 5 in Riverside, California. 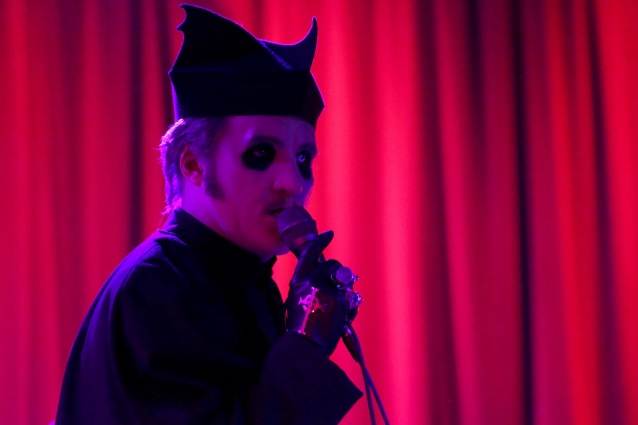 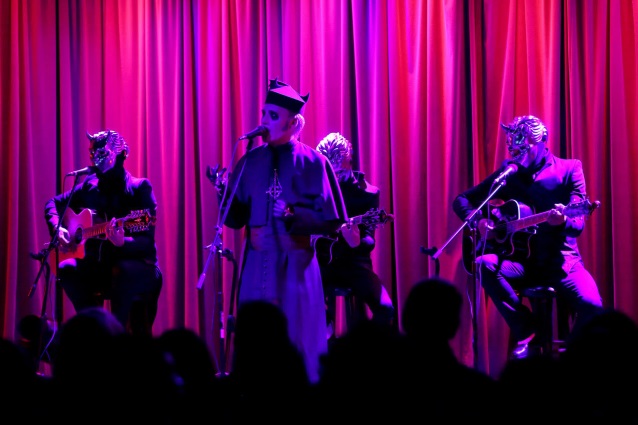 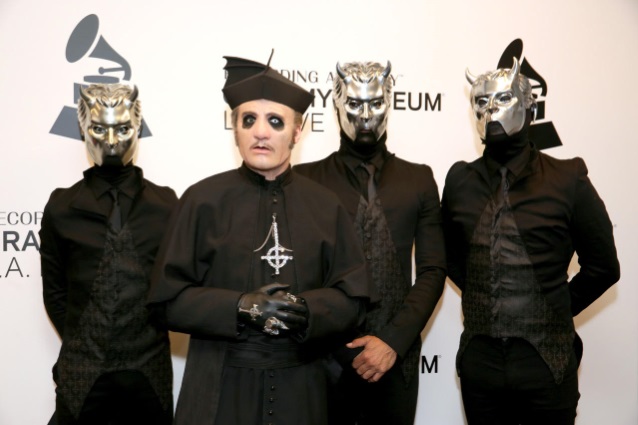