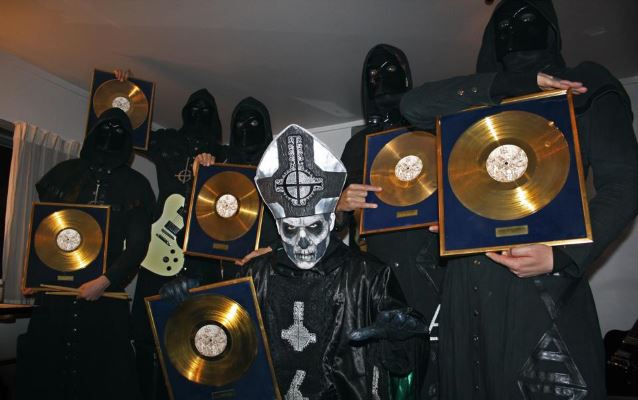 "Infestissumam", the sophomore album from Swedish occult rockers GHOST, has been certified gold in the group's home country for sales in excess of 20,000 copies.

A Nameless Ghoul from GHOST told Jägermeister about the progress of the songwriting sessions for the follow-up to 2013's "Infestissumam" and the covers EP "If You Have Ghost": "Obviously, we have plans for pretty much everything. We are a very strictly planning band in that sense, that we have contingencies for basically everything. But I can say as much as there is a plan for everything, but at this point, there's still a long way to go."