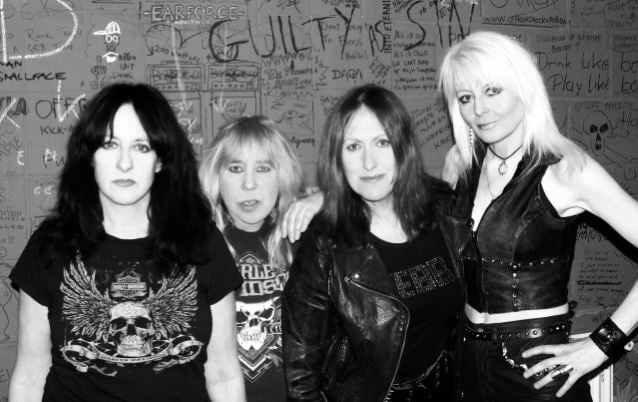 From the vault of one of the most respected and groundbreaking British hard rock outfits to emerge from the NWOBHM scene, the legendary GIRLSCHOOL, come two never-before-released concert recordings now ready to be shared with the world courtesy of Deadline Music. Both shows present powerhouse performances by the original, classic GIRLSCHOOL lineup featuring guitarist/vocalist Kim McAuliffe, bassist Enid Williams, drummer Denise Dufort, and the inimitable lead vocalist/guitarist, the late Kelly Johnson.

First up, "London 1980", released on CD, demonstrates the awesome power of this band in a live setting before their hometown audience, as they perform cuts from their classic debut studio album, "Demolition", including "Emergency" and "Nothing To Lose", plus their explosive cover of THE GUN's "Race With The Devil!" Then, "Glasgow 1982" picks up where the London show left off, featuring high-octane performances of tracks from both 1981's "Hit And Run" and 1982's "Screaming Blue Murder", including "The Hunter", "Live With Me" and more. These performances eventually lead to the ladies' first U.S. tour later in 1982 opening for IRON MAIDEN and SCORPIONS, and establishing a devout fanbase in the States. This historic performance is available on both CD and in a special limited-edition purple vinyl pressing.

GIRLSCHOOL is gearing up to storm North America for the first time in 20 years, reclaiming its rightful place as the hardest-rocking bunch of females to ever destroy a stage. Support on the trek will come from CRUCIFIED BARBARA, OLD JAMES and VELVET BLACK.

GIRLSCHOOL will be previewing tracks from its new album, "Guilty As Sin", set for release later this summer via UDR Music and, as a special treat, will be selling a special-edition EP, "Propaganda!", featuring two songs from the new album ("Take It Like A Band" and "Come, The Revolution"),as well as revisiting two tracks from their classic "Hit And Run" album in the form of re-recorded versions of "Kick It Down" and "Watch Your Step". Rounding out the EP, which is limited to 300 copies, is the girls' blistering cover of the BEE GEES classic "Staying Alive". 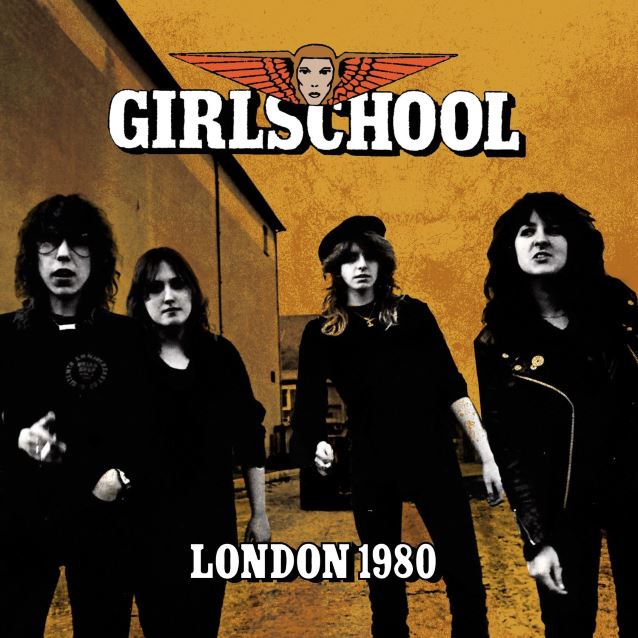 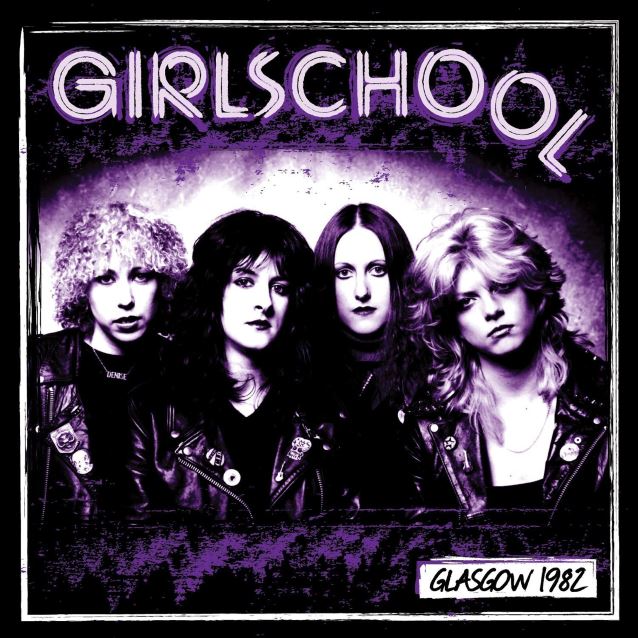