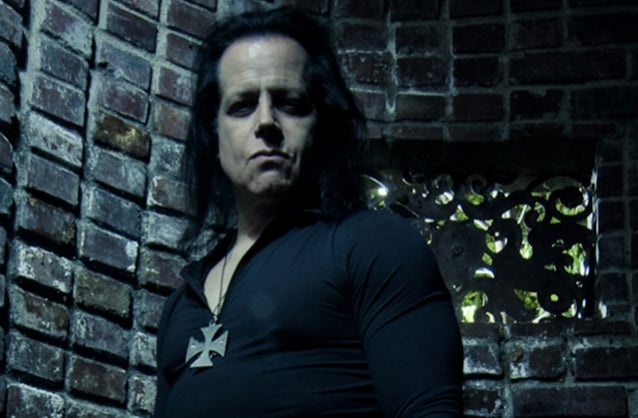 GLENN DANZIG's Collection Of ELVIS PRESLEY Covers Will Be A Full-Length Album: 'I Can't Wait For Everyone To Hear It'

During a recent interview with Full Metal Jackie's nationally syndicated radio show, Glenn Danzig offered an update on the status of his upcoming collection of Elvis Presley covers, appropriately titled "Danzig Sings Elvis". "I'm still looking to put [it] out in 2019, and maybe do a few intimate shows here and there for it," he said (hear audio below). "But I don't know. We'll see. If the record's not out, I'm not gonna do [the shows where I sing nothing but Elvis covers]. So it depends on my schedule and if I can get it together and get the cover and everything together and pick the songs. Because every time I have downtime, or if I was working on soundtrack stuff, I would just record another Elvis track or two, so what started out as an EP, I now have more than enough for a full album; I have extra songs that won't even make it on the record. So I'm really gonna have to sit down and pick the songs that I really want on the record. But it came out really good; I can't wait for everyone to hear it. A lot of people ask me about it all the time when I'm on the road. So it will be nice to get it out in some period in 2019 and do some of those little intimate shows I was talking about."

"Elvis is actually kind of how I got into music," Glenn told Rolling Stone in 2015 interview. "When I was a kid, I was cutting school pretending I was sick and I would lie at home watching old movies, and 'Jailhouse Rock' came on with Elvis. I was, like, 'I want to do this. This is great.' And that's how I veered to music."

Regarding how he came to cover "Let Yourself Go", Danzig said: "It's a song that a lot of people may or may not be familiar with, but he actually liked it so much he put it on the ''68 Comeback Special'. It's just a cool song I've always liked. I knew I could do something really cool with it. I didn't want to do the obvious Elvis song, you know? You don't have to highlight an Elvis song, everyone's heard them, this is just probably a lesser known song of his thousands of songs that everybody knows. I like his delivery, his voice. He's not just standing there, he's moving around. I like that. I don't like singers who just stand there. It's boring to me. I like singers who are really getting into it and showing you they're getting into it. I think he has all of that."