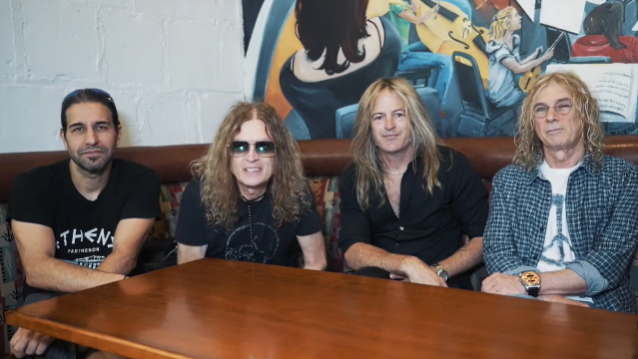 THE DEAD DAISIES have been forced to cancel their concert tonight (Wednesday, September 14) after the band's bassist/vocalist Glenn Hughes came down with "a throat infection." Hughes "has been ordered to rest" until he recovers and will be temporarily replaced by Dino Jelusick (WHITESNAKE, TRANS-SIBERIAN ORCHESTRA).

On Tuesday (September 13),THE DEAD DAISIES released the following statement via social media: "Unfortunately, Glenn has come down with a throat infection so sadly we are not going to be able to play for you at the Eastside Bowl in Nashville. The shows must go on, so Dino is going to step in and run with the baton!"

They added: "We are devastated but health comes first. We are lucky Dino can come n help out until Glenn's back but unfortunately he wasn't available for the Nashville gig. Please send lots of positive healing love to Glenn".

Asked by one fan if Glenn will still play bass at the upcoming gigs, THE DEAD DAISIES said: "No, the [Nashville] show has been cancelled and he has been ordered to rest…. send him lots of positive and healing energy."

THE DEAD DAISIES kicked off their short U.S. tour on September 10 at the Blue Ridge Rock Festival in Virginia. The trek is scheduled to end on September 24 in Seattle, Washington.

Dino previously filled in for Glenn at several THE DEAD DAISIES gigs in Europe in late July and early August after Hughes tested positive for COVID-19. Playing bass at those shows was Yogi Lonich.

Last month, Glenn told Meltdown of Detroit's WRIF radio station about his battle with COVID-19: "I was the last guy in the band to get it, so when I got it, I thought, 'Well, how many more are gonna get it?' I had a pretty bad case of it, so there's no way I could have continued. So I'm glad the guys had a chance to continue… [Jelusick and Lonich] did really well, and they came in under really no notice at all, and they did a remarkable job. I'm really for everyone that they could continue and fulfill the commitment."

He continued: "Look, it was an 11-week tour, and it's a long time for anybody — any age group — especially in this climate. As you know, a lot of bands are pulling out, canceling, people getting COVID everywhere; God bless them. But we were able to continue and fulfill our commitment.

"This thing is so viral, it's running rampant everywhere, especially in Europe," Hughes added. "It's horrifying. But we're kicking off this [U.S.] tour in a couple of weeks and we did a tour last year and we were all good. We're very safe with people. Yeah, we're gonna be okay." 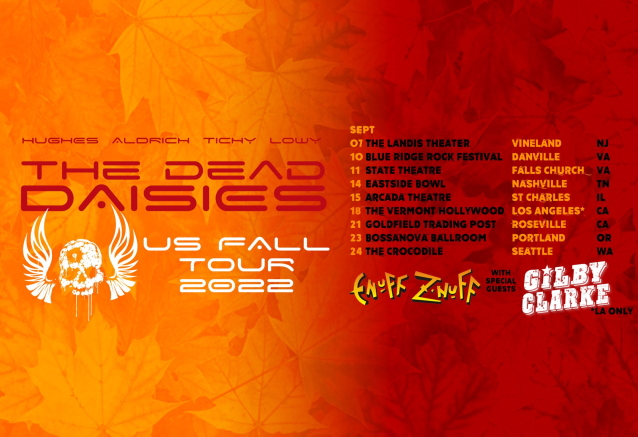