GLENN HUGHES: 'I've Played With The Greatest Guitar Players. GARY MOORE Was The Jewel In The Crown'

Vocalist and bassist Glenn Hughes, known as "The Voice Of Rock," has put Gary Moore right at the top of the pile as the greatest rock guitarist of all time. In an in-depth and wide-ranging cover story interview with Rock Candy magazine editor Howard Johnson, Hughes talks about every aspect of his 50-year-plus career, from TRAPEZE to DEEP PURPLE and on to BLACK COUNTRY COMMUNION and his most recent collaboration with THE DEAD DAISIES. After working with many of rock's greatest guitar players Hughes has come to the conclusion that it was Irishman Moore — who sadly died in 2011 — who was the best of the best.

"I've played with the greatest guitar players of them all — people like Tony Iommi, Ritchie Blackmore, Joe Bonamassa, Steve Vai, Joe Satriani, Brian May — the list is endless," says Hughes. "But for me, Gary Moore was the jewel in the crown. To sit next to him on my couch and to see him play with those insane fingers and come up with those insane melodies, well, it was out of this world. I've sat with a lot of guitar players, but this man spoke to me directly."

Hughes and Moore collaborated in the mid-'80s when the former was going through difficult times caused by his drink and drug problems.

"What's a shame is that Gary was close to me in the '80s when I wasn't at my best," admits Hughes. "I worked with him on his 'Run For Cover' album in 1985, but he had to let me go." Harsh words were spoken at the time, but nonetheless Hughes is full of admiration for Moore, both as a player and as a man.

"Gary was Gary," he says. "When he decided he was going to do something, then he did it. He was compassionate and sensitive, but at the same time you didn't want to mess with him. But what I never, ever heard Gary say was, 'I'm so much better than that guy' or 'I'm the best'."

Read the whole of this revealing 14-page article in issue 17 of Rock Candy magazine, available in shops worldwide or direct online at this location. 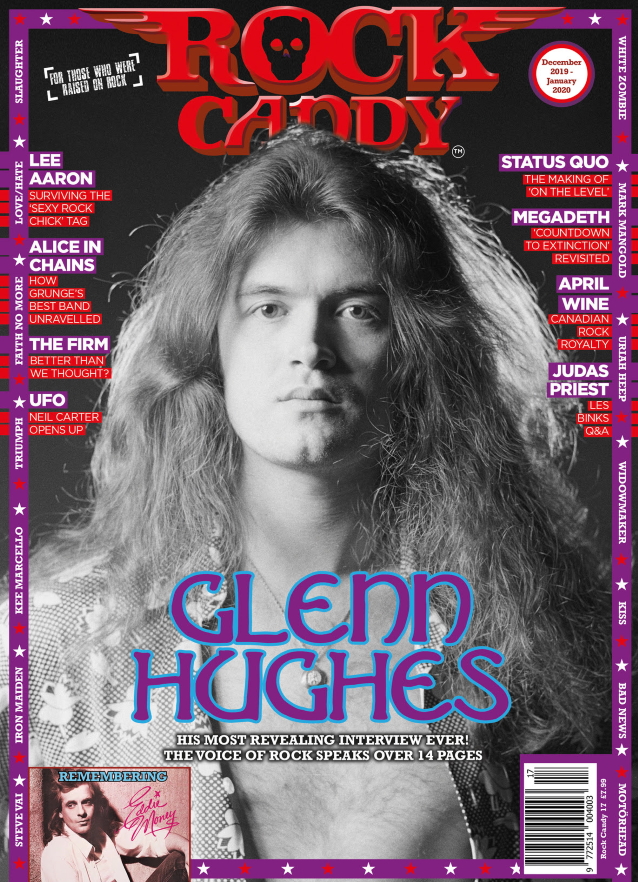