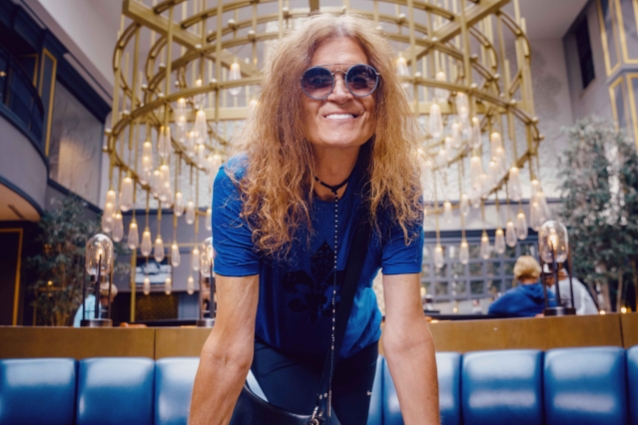 GLENN HUGHES Wanted To Be 'Very Honest' In His Autobiography: 'There's Nothing In The Book That's Not Real'

Legendary bassist/vocalist Glenn Hughes, who has been clean and sober for more than two decades, wrote about his path to sobriety in his autobiography, titled "Deep Purple And Beyond: Scenes From The Life Of A Rock Star", which came out in 2011. In a new interview with Brazil's "Lokaos Rock Show", Hughes said that he wanted to recount his adventures and misadventures with honesty and without glossing over the darker moments of his life.

"When I wrote the book, my publisher asked me is there anything I'm keeping a secret," he said. "[And I thought] maybe I need to go deeper and tell everything. So I had to really go deeper and be very, very, very honest. So for me to tell you the truth — which there has to be the truth in everything we do — and to tell you about the things I didn't do great; not just the things I did great and how great it was, but there was some dark stuff. I had to die to come back. So when I was very honest with myself in the book, it was really a great opportunity to me to tell you about making my amends to people. Even if people are dead, I had to make amends to them too, 'cause they were really close friends to me. But there's nothing in the book that's not real; I had to be very honest."

Hughes admitted that "it was painful" being so highly personal in his book, "but I had to tell the truth. Sometimes it's not pretty to tell people the real truth," he explained. "My book — it needs to be told. So I wanted to make sure that everything is exactly the way it was. It's not pretty — some things in life are not pretty. But you've gotta face it. You have to tell what is the real deal."

Hughes made his live debut with THE DEAD DAISIES in June in Boca Raton, Florida. He is joined in the band's current lineup includes Doug Aldrich (DIO, WHITESNAKE) on guitar, Tommy Clufetos (BLACK SABBATH, OZZY OSBOURNE) on drums and David Lowy (RED PHOENIX, MINK) on guitar.