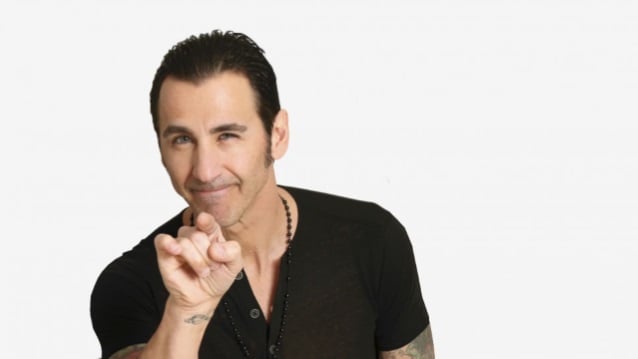 With GODSMACK's seventh studio album, "When Legends Rise", just released on Friday (April 27),frontman Sully Erna discussed 10 albums that changed his life in a new interview with Classic Rock. Leading the list was AEROSMITH's 1976 album "Rocks", about which Erna said: "I'd been a musician since I was three-and-a-half years old, and I was raised on blues and more jazzy music... A friend played me 'Last Child' from 'Rocks'. I think it was the first time I smoked a joint, and it was a really life-changing point for me, because it really lured me into the world of rock. It was super-cool for a young kid."

Other albums on Erna's list include AC/DC's "Back In Black", METALLICA's 1983 debut "Kill 'Em All", the 1979 live LP "Unleashed In The East" from JUDAS PRIEST and IRON MAIDEN's "Piece Of Mind".

The bottom half of Erna's list included RUSH's "Moving Pictures", PINK FLOYD's "The Dark Side Of The Moon", "Dirt" from ALICE IN CHAINS — which included the song "God Smack", from which Erna's band got its name — "Into The Labyrinth" from DEAD CAN DANCE and his own band's self-titled 1998 debut.

Erna told The Pulse Of Radio a while back that meeting one particular musical hero was a highlight of his 20 years as a recording artist. "Being able to meet [RUSH drummer] Neil Peart a couple of times, I didn't need to meet anyone else after that. As much as I love the Steven Tylers and the Joe Perrys and the James Hetfields, you know, I quit school because of RUSH. Really, that's all I did is I studied RUSH, you know. I sat home and strapped on headphones and played 'Moving Pictures' and 'Exit… Stage Left' and 'Signals' and all these great albums."

"When Legends Rise" follows up 2014's "1000hp" and comes as GODSMACK commemorates its 20th anniversary as a recording act. The first single is called "Bulletproof".

GODSMACK is performing at several music festivals this spring and summer, before launching a tour with SHINEDOWN on July 22 in Clarkston, Michigan.