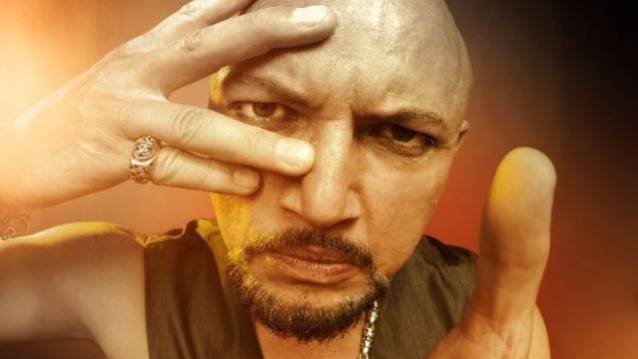 GEOFF TATE Is 'The Voice Of QUEENSRŸCHE'

In what appears to be a preview of the upcoming settlement announcement over the rights to the QUEENSRŸCHE name, singer Geoff Tate's QUEENSRŸCHEwebpage has changed. It no longer says "QUEENSRŸCHE" at the top and now features a banner with the words "Geoff Tate: The Voice Of QUEENSRŸCHE." In addition, there is a link to "QUEENSRŸCHE Without Geoff Tate" which points to QueensrycheOfficial.com, the official webpage of the Todd La Torre-fronted version of the band.

QUEENSRŸCHE guitarist Michael Wilton recently confirmed that Tate — who was fired from the Seattle progressive rock band in 2012 after fronting it for three decades — and his former bandmates have reached a settlement in their legal battle over the rights to the group's name.

Speaking to the Allentown Music Examiner, Wilton was asked when fans can expect a resolution of the legal case involving the two versions of QUEENSRŸCHE. "That's coming up," Wilton said. "What I can say is that both sides have reached an amicable settlement and it's now just a matter of time. There will be an official press release, but for now, you'll have to wait."

Wilton also revealed that the Todd La Torre-fronted version of QUEENSRŸCHE is continuing work on material for the follow-up to last year's self-titled effort. "We've already begun the process for the next album," he said. "We have probably six songs demoed so far. We're taking it in a direction suited to what we do as QUEENSRŸCHE but maybe a little more progressive and heavier. The thing is, you never know what you really have until it's complete. It's like carving a piece of clay and seeing how it turns out. You peel off the layers until you get to something really cool."

Wilton, Rockenfield and Jackson last year accused Geoff Tate of "continu[ing] to harm the QUEENSRŸCHE brand" since the Tates' original lawsuit was filed in June 2012. In a court document, they wrote: "The newest self-titled QUEENSRŸCHE CD release by the [Todd La Torre-fronted version of the band] entered the U.S. charts at #23 and continues to get 9-out-of-10-star reviews and is still selling very well on a weekly basis around the globe. In comparison, Geoff Tate released his own QUEENSRŸCHE CD in April of [2013] titled 'Frequency Unknown' and depicted as F.U. on the cover, which entered the charts at #82, received very bad reviews around the world, and has slowed to almost no more weekly sales. [The Todd La Torre-fronted version of QUEENSRŸCHE's] new CD even outperformed the last two CDs of them with Geoff Tate, selling more in a month than the 'Dedicated to Chaos' CD has since its release in 2010, and charting much better than both that album and the previous one, 'American Soldier'. Thus, the return to the classic sound [Tate's former] bandmates have made with the new CD and live shows has been met with overwhelming success."

They added: "Geoff Tate also chose very poorly in hiring live musicians that have shown that they are not capable of representing the correct performances of the QUEENSRŸCHE music legacy, and he was constantly replacing them. He has been offering his low-quality version of QUEENSRŸCHE to the promoters at a much reduced rate, as low as $10,000 per night, when, in fact, [his former] bandmates have done their best to keep the authorized QUEENSRŸCHE at an average of well over $20,000 per show this entire year. However, this becomes harder and harder with Geoff Tate's sub-par band and cut-rate pricing that continues to be damaging to the QUEENSRŸCHE brand and legacy no matter who ultimately wins control after trial."

In an interview with The Oakland Press, Rockenfield said said that "negotiations are ongoing between Tate and the singer's former bandmates and "there's still time for anything to happen between now and [the start of the trial]."

"I think our confidence is pretty high," Scott said. "There's a lot of legal stuff you have to deal with, but we just feel good and look at it as a light at the end of the tunnel and keep playing shows and making music. I think when you do that, the right decision will be made in time."