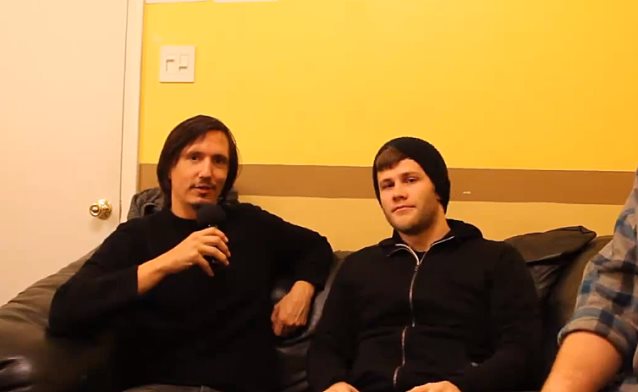 Durf and Mick of Brutalitopia conducted an interview with drummer Mario Duplantier of French progressive metallers GOJIRA before the band's November 15 concert at the Aragon Ballroom in Chicago, Illinois. You can now watch the chat below.

GOJIRA is currently on the road in North America as the support act for SLAYER. Also appearing on the bill is 4ARM.

GOJIRA has begun compsosing material for its next album, which Mario says the band definitely wants to release sometime in 2014.