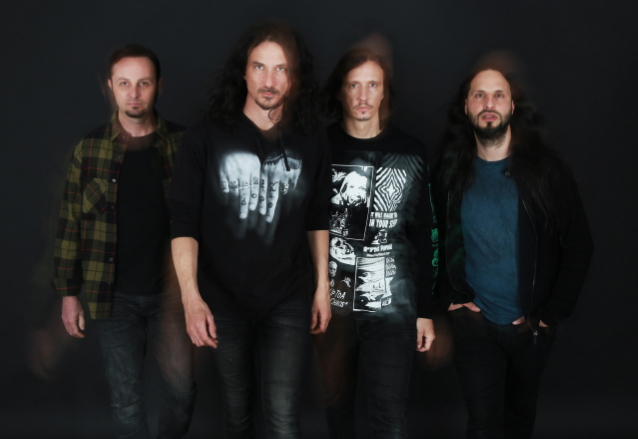 French progressive metallers GOJIRA have shared a teaser for their new song titled "Our Time Is Now". The track will appear on the soundtrack to EA Sports' long-running NHL video game franchise "NHL 23", which is due out this Friday, October 14.

A total of 42 songs are featured in the 2023 edition of EA Sports' yearly hockey game, including music from GHOST, KORN, MOTIONLESS IN WHITE, TURNSTILE, WAGE WAR, A DAY TO REMEMBER and STICK TO YOUR GUNS.

In a recent interview with Colombia's Radioacktiva, GOJIRA drummer Mario Duplantier was asked how he and his bandmates go about exploring fresh musical areas every time they are making an album. He responded: "It's not very intellectual; it's not very mental — it's more organic. We jam, and when we hear something cool, we say, 'Let's go.' It's not very we try to catch more people here and there.

Mario's latest comments echo those of his brother, GOJIRA guitarist/vocalist Joseph Duplantier, who told SPIN in a 2021 interview: "When you start to play bigger slots at festivals in front of more people — when every show on your tour is now a freaking area because you're opening for an arena band — the response, the echo of your song, is different than in a 1,000-capacity club. Sometimes when we end up performing for a large audience and all we have to play is death metal songs, subconsciously we want to adapt our repertoire to a wider audience. We're, like, 'What do we have in our back catalog that we can play and not freak people out? Not so intense and long and epic."

GOJIRA's latest album, "Fortitude", came out in April 2021 via Roadrunner Records. The follow-up to 2016's "Magma" was recorded and produced by Joseph Duplantier at Silver Cord Studio — GOJIRA's Ridgewood, Queens, New York headquarters — and mixed by Andy Wallace (NIRVANA, RAGE AGAINST THE MACHINE).