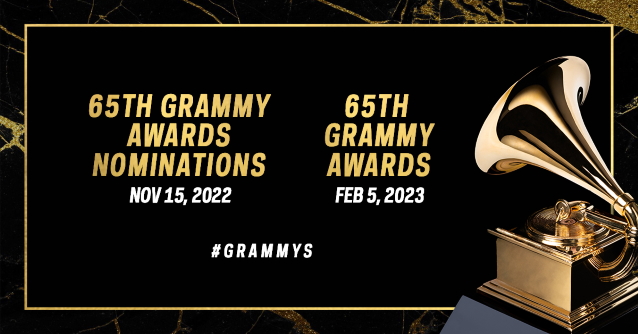 OZZY OSBOURNE, MEGADETH, GHOST, MUSE and TURNSTILE have been announced as the "Best Metal Performance" nominees at the 65th annual Grammy Awards, which will be held on Sunday, February 5, 2023 at the Crypto.com Arena (formerly the Staples Center) in Los Angeles, California. The event will be aired live on CBS and Paramount+.

Among the new category changes this year is that albums must contain greater than 75% playing time of newly recorded music in order to be eligible for a Grammy; the previous eligibility rule was 50%.

DREAM THEATER was honored with a Grammy in the "Best Metal Performance" category in the pre-telecast ceremony at the 64th annual Grammy Awards, which was held on April 3 at the MGM Grand Garden Arena in Las Vegas. DREAM THEATER was nominated for "The Alien", a track from its 2021 album "A View From The Top Of The World".

DREAM THEATER's previous Grammy nominations were for the song "On The Backs Of Angels", from 2011's "A Dramatic Turn Of Events" album, and the single "The Enemy Inside" from 2013's "Dream Theater".

The 2022 ceremony was the first since The Recording Academy announced that it had made significant changes to its awards process to ensure that the Grammy Awards rules and guidelines were transparent and equitable. The show no longer uses anonymous review committees to determine its nominees. Now, all nominees are based solely on thousands of votes from the Academy's voting members. They also changed the number of categories in which Academy members can vote and added two new awards. 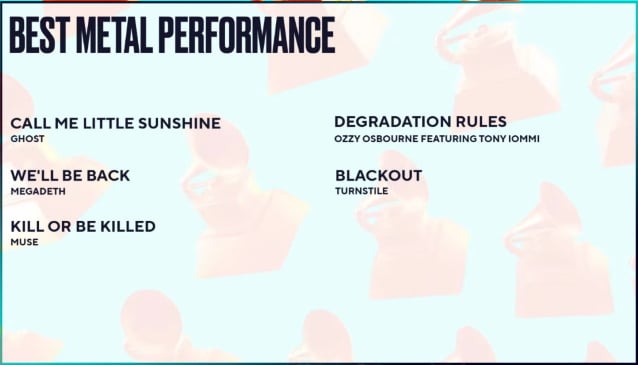