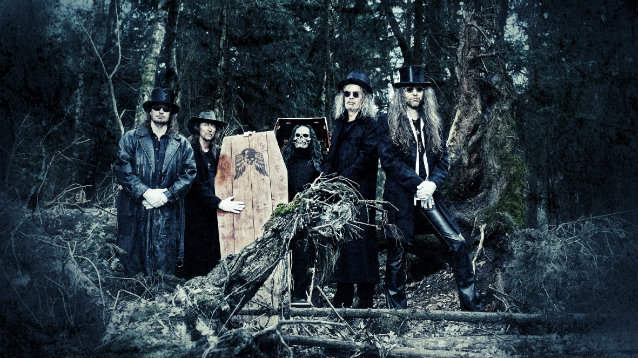 Anthony Morgan of Metal Forces recently conducted an interview with vocalist Chris Boltendahl of German power metallers GRAVE DIGGER. A couple of excerpts from the chat follow below.

On the making of the band's latest album, "Return Of The Reaper":

Chris: "We start writing the songs and decide what's good and what's bad, and during this time I start writing the lyrics. Then it's like a big puzzle; we put a piece together with another piece, and at the end we have a record. We started writing last year — in September 2013 — and finished writing in January. Then we started with the pre-production in the studio, which was again at Principal Studios here in the middle of Germany [Münster] where we've recorded since 1995 — every record we've recorded there, since then. It's a great studio. The people there know each other. We've been friends for years, and there's a really good atmosphere there. It's completely digital there, because they're at the top of the technical evolution these days. It's great to work with them, because they know what they do. We know best what GRAVE DIGGER has to sound like, and the studio also. Everybody in the studio knows how GRAVE DIGGER should sound, and that is the reason why we always produce the records by ourselves. There are a lot of big German bands who record there as well, and they're doing really good production there. We really like working there. We don't want to change studios, like go to another studio in England or in the States, or something. We're very happy with that studio, and yeah… From February until May we were in the studio. Not the complete time, but one week there and five days there. Yeah, it was really big fun to record this stuff. The studio work took six weeks. Mixing took three months, overall."

On the track "Hell Funeral":

Chris: "The lyrics for 'Hell Funeral' are really a horror story, about the reaper coming back and taking the souls of humans, and bringing them back to the graveyard. It's a nice story, isn't it? We filmed the music video for 'Hell Funeral' in the south of Germany at Frankensteins Castle. I wanted to have a clichéd video, with a lot of fire and death inside ' all what the metal fans like. In September, we'll do a music video for 'Tattooed Rider'. We're working on an idea, and all this stuff. It's a real biker song for riding a bike, getting out of the street, breathing the dust in the wind, and everything, so it's really cool."

On the 1986 album "Stronger Than Ever", released under the shortened name DIGGER:

Chris: "That was produced by an English producer named Mick Jackson. That was through the record company at the time, back in 1986. We were with Noise Records, who said to us that we should sound a bit more commercial, and then they offered us this producer. It was a bad experience. [laughs] Not one of the best in my life, I think. The demo tapes that we did for the DIGGER album sound really like GRAVE DIGGER; they were really, really heavy, but when the producer put it all together, it sounded like BON JOVI for poor people." 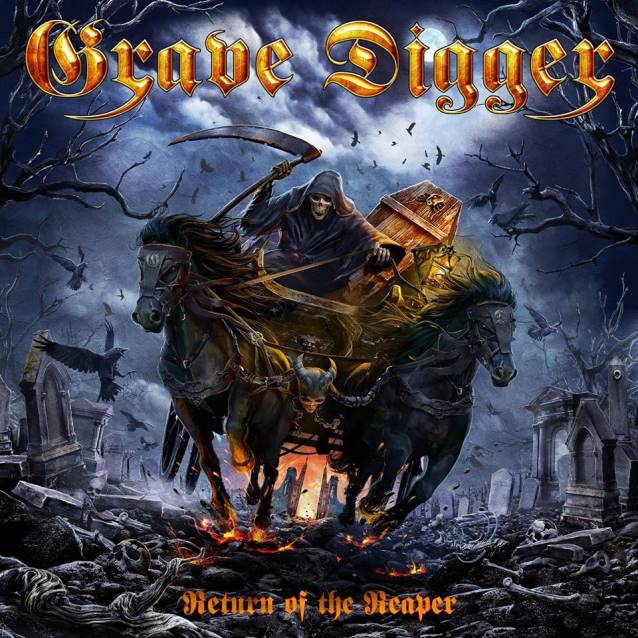