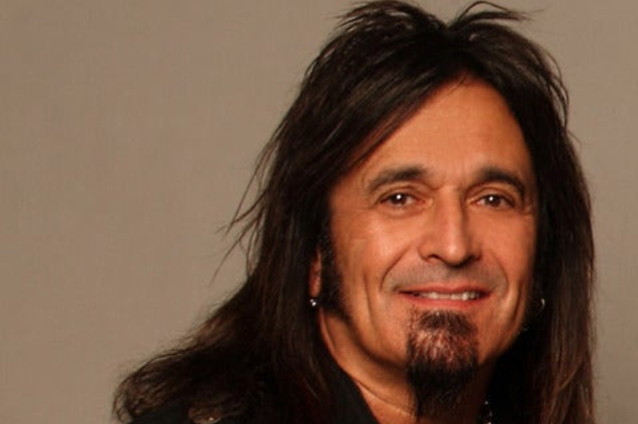 GREAT WHITE drummer Audie Desbrow has accused Gov. Gavin Newsom of "ruining our great state of California" with his policies on illegal immigration.

Desbrow made his comments two months after Newsom said that he wanted to extend health care to older low-income immigrants who are in the country illegally.

After President Donald Trump once again connected the current coronavirus pandemic to the subject of immigration, writing to his 75 million Twitter followers, "THIS IS WHY WE NEED BORDERS!", Desbrow responded, writing: "Exactly! Our Gov. Nuisance [sic] here in Ca. Wants every illegal who might possibly be infected to camp out here and get more people sick. Not a smart move. Ruining our great state of California."

About 30% of the three million people in California who don't have health insurance are living in the country illegally, according to the California Health Care Foundation.

Last month, GREAT WHITE guitarist Mark Kendall told Rockbandreviews.com that he and his bandmates have "been going crazy lately" working on material for the band's next album. The effort will mark GREAT WHITE's first collection of new songs with singer Mitch Malloy, who joined the group in 2018 following the departure of Terry Ilous.

Exactly! Our Gov. Nuisance here in Ca. Wants every illegal who might possibly be infected to camp out here and get more people sick. Not a smart move.
Ruining our great state of California.