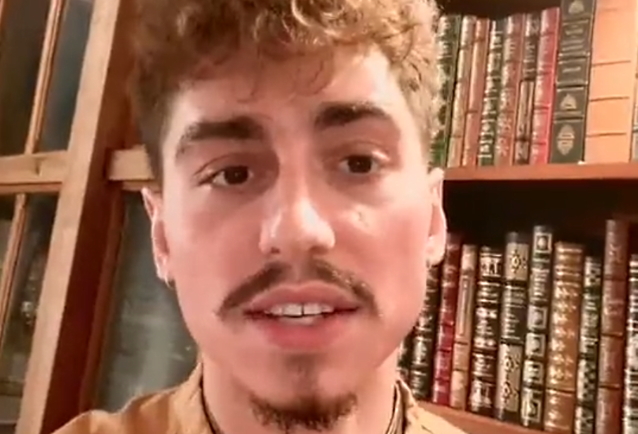 GRETA VAN FLEET Singer Apologizes For Concert Cancelations, Says He Will Be Back On Stage This Friday

Earlier today, Kiszka, who previously said that he ruptured his eardrum during GRETA VAN FLEET's concert on October 8 in Bangor, Maine, released a video message in which he told fans (as transcribed by BLABBERMOUTH.NET): "Hello everybody. I just wanted to make this video to speak directly to you.

"As you know, we made a post last week regarding a ruptured eardrum. I've been experiencing this situation in my left ear, and that's caused plenty of infections, tinnitus and difficulty hear. It's hard to myself, it's hard to hear the other guys on the stage and in the room.

"When we take the stage, we really aim to give you an extraordinary performance and pull something deep from within us. And it's a whole meditative process. And I'm just not really physically able to do that right now. And my doctors have done an amazing job taking care of me, and for that I thank them. But what they can't do is help my body heal faster.

"Myself, the band and our entire team thought that perhaps — we were hoping that my ear would be ready to fly, so to speak, and to get on stage and to perform and do all those things, which, unfortunately, that's just not the case. As a result, we're going to need to reschedule the Hollywood show and the Tampa show. And I realize it's probably really hard timing for a lot of you and really, really frustrating. And it is — it's extraordinarily frustrating and disappointing for us to have to do that.

"Sometimes things like this come about and you don't expect that you're gonna have to make some kind of extreme decision, and that's the case here.

"I have to say that I'm extremely sorry to all of you for this situation. It's been a difficult year for a lot of people, no doubt, and we're no different, I suppose. With Jake getting pneumonia and myself getting COVID and now a ruptured eardrum, it definitely hasn't gone entirely as planned.

"And I do wanna say a fervent thank you to everyone who's continually supported us through all the ups and all the downs. It means the world to me and the guys. And we're working to reschedule these shows at the moment, and we hope to have news really soon regarding the new dates, along with the other shows needing [to be] rescheduled. Once all the new dates are announced, your tickets will still be valid. And if you want a refund, you'll be able to do that at the point of purchase.

"The last thing I wanna do is cancel the entire rest of the tour, which we're not. So I'll be seeing you Friday in Charlotte, and we're going to finish this year strong, I believe. All the dates postponed will have new announced dates soon, and we'll see you soon.

"So, thank you for being a part of this beautiful community with us. And I can't wait to see your beautiful faces and hear your beautiful voices singing to the music and the movement and celebrating and surrounded by all the love and all the light that happens in those spaces. I appreciate your understanding."

GRETA VAN FLEET kicked off its "Dreams In Gold" tour in Michigan in March.

The band's next show is scheduled for Friday, October 28 at the Spectrum Center in Charlotte, North Carolina.

Josh, his guitar-playing twin brother Jake and their younger bassist brother, Sam, formed GRETA VAN FLEET in 2012 and released their debut album five years later. In 2019 they were nominated for four Grammys, winning "Best Rock Album" for "From The Fires", which included the hits "Black Smoke Rising" and "Highway Tune".

Jake recently told InForum the next GRETA VAN FLEET album, which is already in the works, will be another musical step forward.

"The path we've taken hasn't been intentional; it's an organic path of its own," he said. "The next will be one of the most powerful records we've ever done."

To all our fans in Hollywood and Tampa, please watch this video message direct to you from Josh.

We’re sorry to announce, due to continuing issues related to Josh’s eardrum and to avoid causing further damage, the Hollywood and Tampa shows need to be rescheduled.

As soon as we have new dates, they will be posted. Your existing ticket will be valid for the new date and, once announced, refunds will be available at point of purchase.