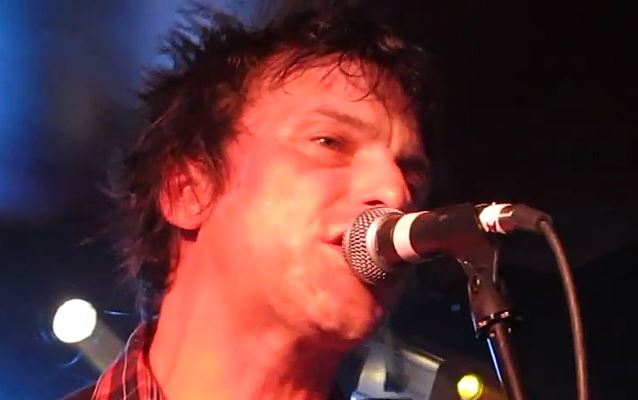 Tommy Stinson, who has been playing bass in GUNS N' ROSES since 1998, has told StarTribune.com that his status in the group is up in the air. "I reach out once in a while to that crew of people — a lot of whom are also my good friends — but I really have no idea what's going on," he said. "I didn't quit the gig or walk away from it. We just all sort of left it in [Las] Vegas."

The 48-year-old musician added that he looks back fondly on his time with GN'R lead singer Axl Rose. "I'll be honest with you: [Axl] was always very good to me, and it was always a really good gig," he said. "It wasn't necessarily the easiest gig, but it was always good. I have nothing but gratitude for it. If they got [the modern lineup] together again and wanted me to play, of course I'd have to think about it."

Stinson is planning on spending the next few months completing work on a new record for a 2016 release.

"I'm proud of my other records, too, but I feel really good about what's coming now," he said. "And one big difference now is it looks like I'm actually going to have time to put into it for once."

Australian tour promoter AJ Maddah earlier this week shot down rumors that a reunited GUNS N' ROSES lineup was being courted to headline that country's Soundwave festival next year.

The rumor got started when the owner of Cherry Bar in Melbourne appeared on Triple M radio Down Under and said sources had told him that the original lineup would play the Soundwave festival next year.

The fest's promoter, AJ Maddah, told Music Feeds, "It's been nice for me personally to share this fantasy for a few days along with the fans, but it is not happening."

Maddah added, "If a reunion does happen, it is going to take longer than six months for the band to be ready to tour. I think it'll take a hundred lawyers six months just to get the five of them into a rehearsal room together."

Rumors of a reunion have been flaring up since guitarist Slash revealed last month that he and Rose had reconciled after 19 years.