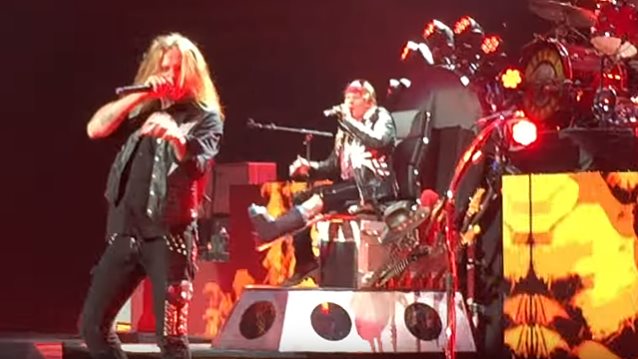 "I think I speak for Las Vegas when I say one thing: Thank you for making us so fucking happy, GUNS N' ROSES," Bach told the crowd after taking the stage. "Is this fucking great or what?"

As was the case Friday night, GUNS N' ROSES singer Axl Rose played the concert with a broken bone in his foot, an injury he reportedly sustained last week when he slipped onstage while singing "Mr. Brownstone" at the Troubadour in West Hollywood, California. Rose has since undergone an operation to insert a plate and screws in his foot after fracturing his fifth metatarsal.

Rose wore cast at the two Vegas shows, and had a special stage setup that allowed him to perform. In fact, Axl told the audience that Dave Grohl loaned him the very same rock 'n' roll throne the FOO FIGHTERS frontman used after suffering a broken leg on tour last year.

Rose will apparently have to limit the amount of weight he puts on the front part of his foot for about four weeks.

The band will play two gigs in Mexico City and two Coachella Valley Music and Arts Festival dates, before launching a stadium trek this summer. 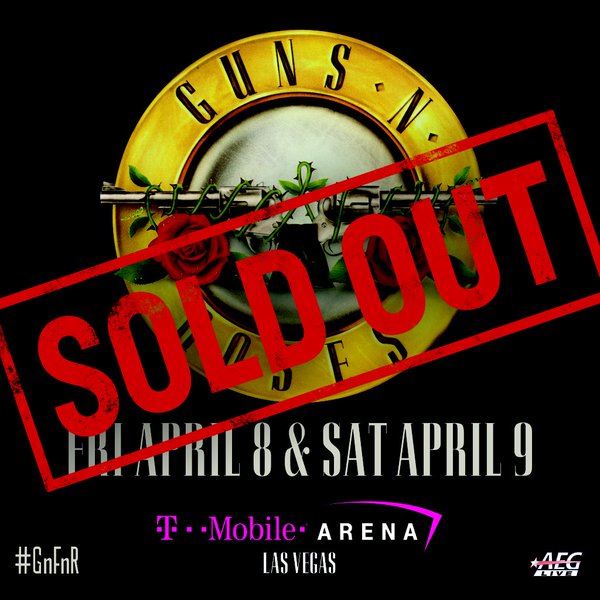