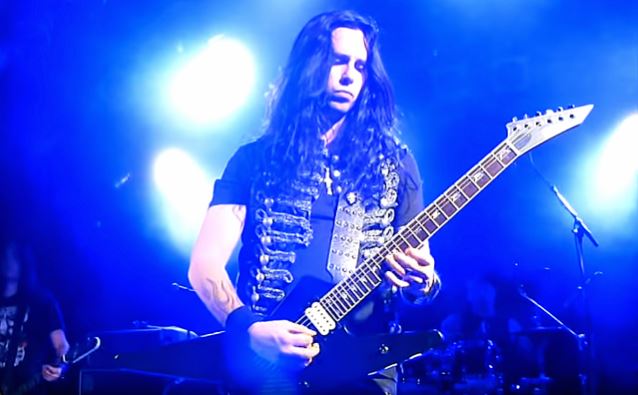 Greek guitar virtuoso Gus G. — well known in rock and metal circles for his work as Ozzy Osbourne's guitarist and as leader of his own band FIREWIND — will embark on a mini North American headlining tour from April 15 to April 24. He says of the trek: "I'm stoked to announce that I'll be joined by some amazing musicians on my upcoming North American dates: Jeramie Klinger (drums) and Taylor Nordberg (bass), both from THE ABSENCE, and on vocals we have the one and the only Rob Rock of IMPELLITERI! Rob and I have been friends for many years; we toured Japan back in 2004 and have also co-written the title track of Rob's solo album, 'Garden Of Chaos', a few years ago. I couldn't be happier that we will finally tour together again. This tour just got more special. The shows will be intimate, packed and loud. Make sure not to miss it."

He adds: "I will be playing mainly material from my two solo albums, but there will be some classic FIREWIND, Ozzy and BLACK SABBATH songs sprinkled into the set as well. These shows are not to be missed."

Gus's latest solo album, "Brand New Revolution", was released in Europe in July 2015 via Century Media. The CD was made available through Century Media in Australia and South America, Dismanic/eOne in North America and King Records in Japan. The cover artwork was once again created by Gustavo Sazes, who previously worked with Gus on the guitarist's debut album, "I Am The Fire", and also took care of artwork duties by such bands as ARCH ENEMY, KAMELOT and FIREWIND. 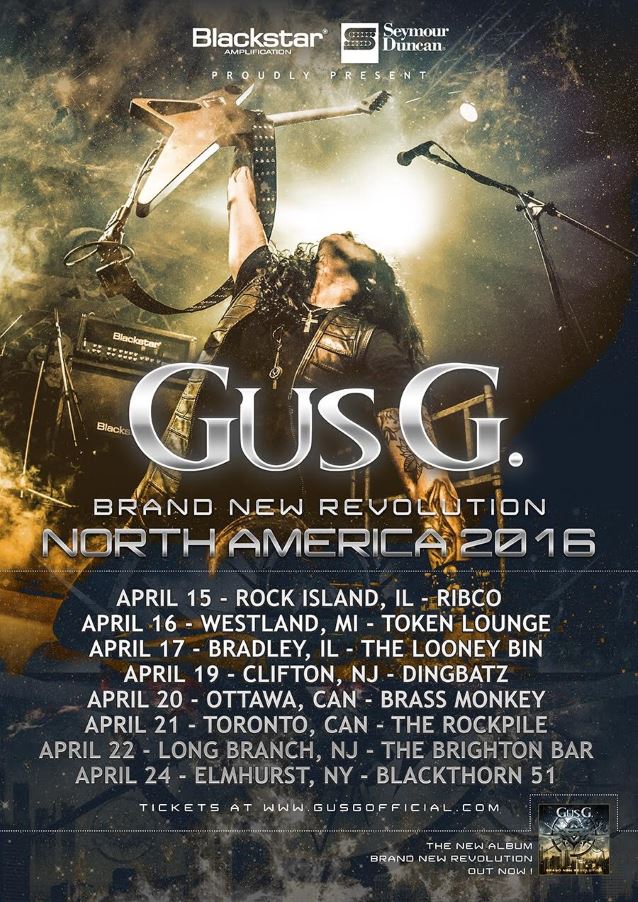