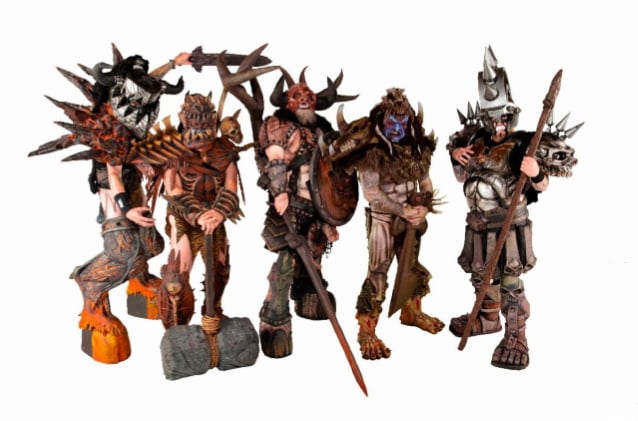 GWAR has announced the fall 2022 North American leg of "The Black Death Rager World Tour" in support of the band's critically acclaimed masterwork "The New Dark Ages". The trek starts off September 10 with an appearance at the Blue Ridge Rock Fest in Alton, Virginia and runs through November 3 in Baltimore, Maryland. Support on the tour will come from LIGHT THE TORCH, NEKROGOBLIKON and CROBOT. Tickets go on sale today at noon EDT.

GWAR vocalist Blöthar The Berserker reports: "Long ago, GWAR broke the frame of what a rock concert can be. We've pushed the envelope of live performance for decades, but this time around, we wanted to do something different. This is the first GWAR show conceived to go along with a graphic novel and an album, all working together as one massive hunk of hot steaming shock rock performance ART! A can't-miss cavalcade of chaos, a trash culture trilogy, a shocking extravaganza that will leave you utterly spent, soaking wet, and bawling uncontrollably. We've got the coolest storyline, unbelievable new characters, more blood, gore, and gags than ever before. Come, unload your worries, human scum, and let GWAR transport you to the Duoverse of absurdity just in time for the NEW DARK AGE!"

* Festival
# Without LIGHT THE TORCH

"The New Dark Ages" was released on June 3 on CD/digital and will be made available on vinyl and cassette on September 16 via GWAR's own Pit Records.

The album concept is tied to a companion graphic novel "GWAR In The Duoverse Of Absurdity", which was also released on June 3 by Z2 Comics. In the graphic novel, the bandmembers are sucked off into an alternate universe to do battle with their evil twins and the specter of rogue technology. 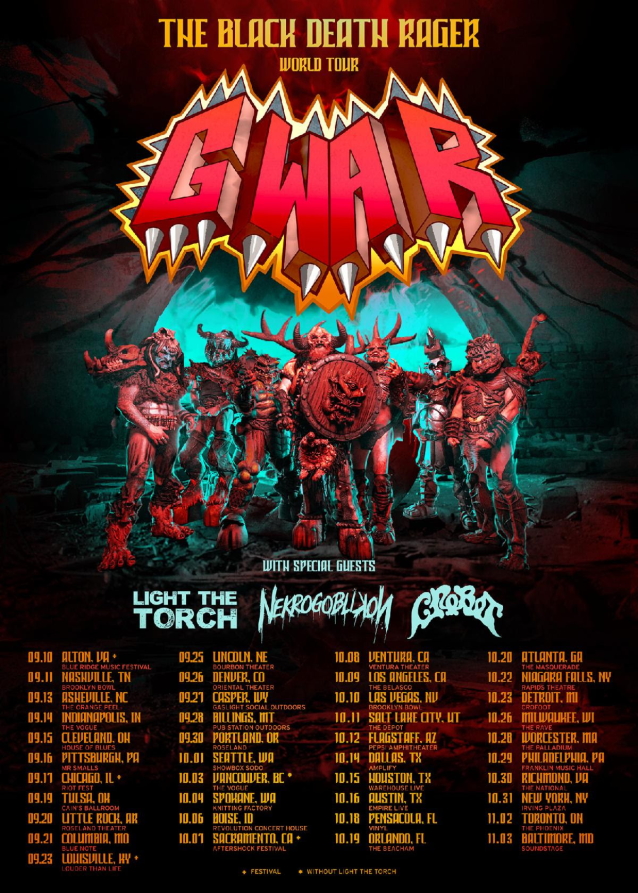