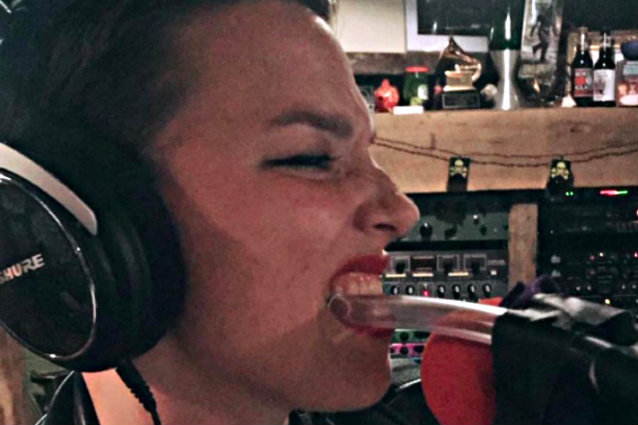 HALESTORM: Second Video From The Studio

Another short video clip from the studio can be seen below.

HALESTORM frontwoman Lzzy Hale told of the Razor 94.7 radio station about the progress of the songwriting and recording sessions for the band's follow-up to 2015's "Into The Wild Life" album: "We picked a producer before we had any songs written. And he basically said, 'Hey, I have this studio and I have this pre-pro budget situation and I wanna do the record with you guys, so let's start.' So we started literally from scratch — like [with] no real ideas — and ended up doing a bunch of instrumentals with him, and then I'd take it home and write over them. And, yeah, it's been a lot of fun."