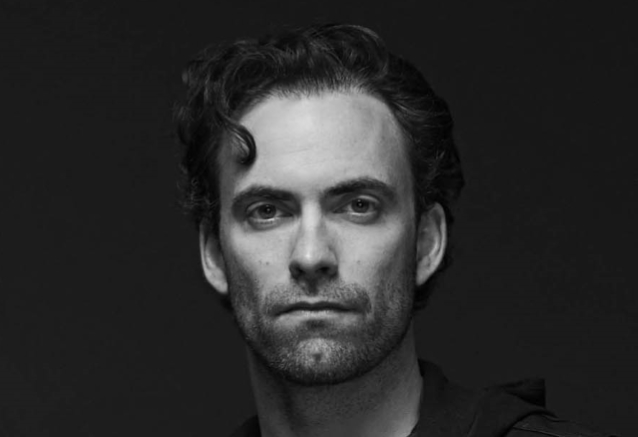 HALESTORM bassist Josh Smith has defended musicians' right to speak out on political issues, saying that "it's important that people use whatever platform they have to provoke debate."

Asked in a new interview with U.K.'s Devils Gate Music about singer-songwriter Jason Isbell catching flak from some fans when he recently voiced his political views on social media, Smith said: "[Music has] always been about protest. And for someone to say 'just stick to the music' is so backward. The whole point of music is protest and self-reflection, and seeing things and telling people about them lyrically. I saw this recently with Tom Morello, and I think that someone said the same kind of thing to him, I mean, he has a degree from Harvard in social science. So who better than Tom Morello to talk about it?! I think it's a ridiculous thing to suggest.

"I love following Jason Isbell on Twitter for that because he posts, to put it in a good way, thought-provoking things," he continued. "Someone replied to one of his tweets in a very narrow-minded way, and Jason responded along the lines of, 'We speak the same language and we're saying the same words, but you're not hearing what I'm saying,' words to that effect. Whatever way he put it was just brilliant.

"I think it's important that people use whatever platform they have to provoke debate, especially someone like Jason Isbell who plays to a country/Americana audience that perhaps sways differently from what he is speaking about," Josh added. "It makes it even more enjoyable to see that."

In a 2018 interview with the Live 105 radio station in Halifax, HALESTORM frontwoman Lzzy Hale was asked if it was hard to avoid writing about politics on the band's latest album, "Vicious", in light of the current political and social climates in the U.S. "Absolutely," she responded. "We even said that early on, because there have been some people that have picked certain things out from our record that we weren't necessarily consciously trying to do. We kind of stay away from politics and religion; with those two things, you can't really win. So it's one of those things where we kind of stay away from it — we just wanna rock; that's all we wanna do. But it is really hard not to let that stuff soak in, because it's just there — always, especially nowadays. Whereas before, you could kind of ignore it — you're, like, 'Oh, people that are into politics, they're paying attention to that.' And now everybody's into it, and it affects so many different people, and it affects friendships. So, for us, our main goal is, like, 'All right, we can't necessarily escape it, but since we're in a position where people are going to listen to what we're doing, let's make sure we put out some empowerment, we put some positivity out there, because there's too much crap going on right now.' So that was kind of our m.o. But, yeah, it's definitely tough."

About a month before the most recent U.S. presidential election, Lzzy said that she was "into equality" and insisted that she couldn't "out of good conscience" vote for anybody who built his or her empire on "division and hate and inequality."

Although she initially said that she was a Bernie Sanders supporter, Lzzy later expressed concern that he would "die the first year in office" if he got into the White House. Hale went on to say that she would "definitely not" vote for Donald Trump, explaining that she has "just never been a fan."

Lzzy said in a recent interview with SiriusXM's "Trunk Nation With Eddie Trunk" that she is using the downtime during the COVID-19 lockdown to keep working on material for HALESTORM's fifth studio LP.

The next HALESTORM album will follow up 2018's "Vicious".