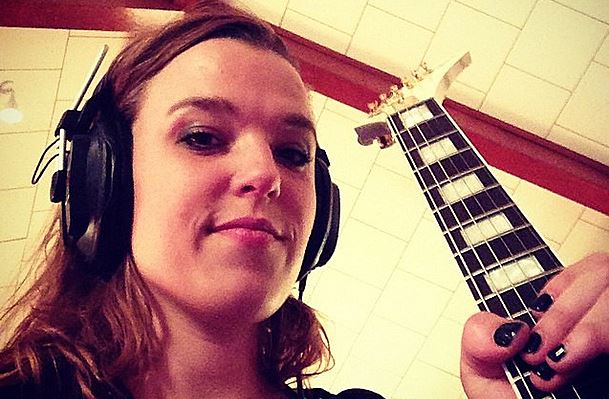 According to The Pulse Of Radio, HALESTORM singer Lzzy Hale said in a new interview that the band didn't set out to make a lighter album with "Into The Wild Life" — even though it worked out that way. Hale explained to May The Rock Be With You, "When we were talking about making songs heavier, it didn't necessarily mean stacks of Mesa Boogies and a lot of crunch and layers and walls of guitars." Hale added that the band followed only two rules while recording: "We're not going to record the record in the same way that we did the last two, and is it good or not?"

Hale told The Pulse Of Radio that the new disc felt like a natural evolution for the band while they recorded it. "The actual meaning of and the reason that albums are called albums is because it is a snapshot, it is a collection of imagery and sonically, you know, of a place and time in your life. And everyone keeps coming up to us that has heard the new record and says, 'Oh my gosh, this is such a leap from your last record,' and to us, 'cause we've just been living it, it's like, 'Oh no, it's not!'"