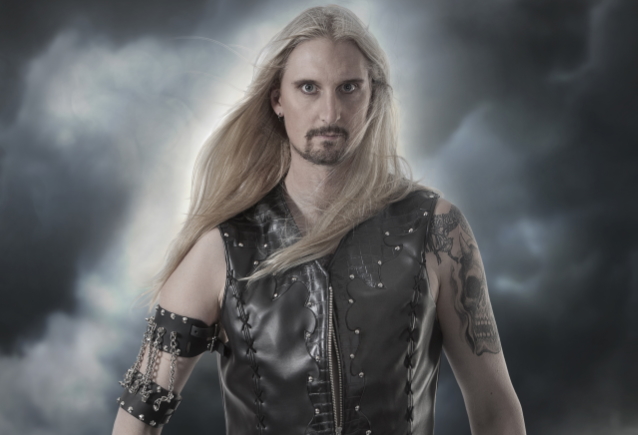 HAMMERFALL Guitarist: Why Heavy Metal Concert Livestreams Without An Audience 'Don't Work At All'

In a new interview with EMP España, HAMMERFALL guitarist Oscar Dronjak spoke about the band's upcoming spring 2022 European tour with HELLOWEEN. The "United Forces 2022" trek will kick off on March 25 in Oslo, Norway and conclude on May 5 in London, England.

"We're chomping at the bit to get started," Oscar said (as transcribed by BLABBERMOUTH.NET). "This tour can't start early enough for us. It's gonna be more than two years off the stage, which is… I don't know when that happened last time; it was involuntary. So, for us, it's a big thing. I think just being on stage and being on tour again is gonna be really, really exciting for everybody; people are gonna explode during the shows, basically."

He continued: "That's the thing with a heavy metal show — you have the musicians, the performers, but you also need the audience; you need that feedback, the back-and-forth. And that's why I don't think a heavy metal show as a livestream event without an audience works at all; it just falls flat, in my opinion. You can do it in various ways to maybe spice it up a little bit, but the concert emotions, you can't replicate those if it's not an actual concert."

Last month, HAMMERFALL released a new single, "Venerate Me", featuring a special guest appearance by legendary Danish heavy metal singer King Diamond. The track is taken from the band's twelfth studio album, "Hammer Of Dawn", which is due on February 25 via Napalm Records.