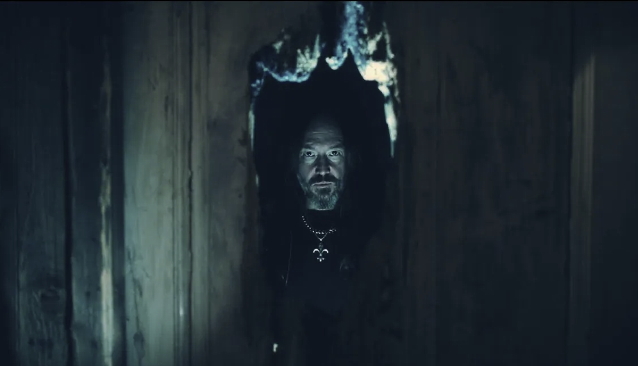 HAMMERFALL To Release New Single 'Hammer Of Dawn' On Wednesday

Swedish metallers HAMMERFALL will release the official music video for their new single, "Hammer Of Dawn", on Wednesday, December 1 at 7:00 a.m. PST / 10:00 a.m. EST. A short teaser clip is available below.

"Hammer Of Dawn" is taken from HAMMERFALL's upcoming album, due in early 2022 via Napalm Records. The music for the disc was once again recorded with Fredrik Nordström of Studio Fredman at Castle Black Studios, while the vocals were laid down with Jacob Hansen at Hansen Studios in Denmark.

HAMMERFALL guitarist Oscar Dronjak discussed the making of the new HAMMERFALL LP in the latest episode of Hammerfall TV, which was uploaded to the group's YouTube channel. He said (as transcribed by BLABBERMOUTH.NET): "COVID obviously fucked up life for a lot of us. We have tried to stay as healthy and as happy as possible, and one thing that we could do that by was working on a new album, which is what we have done since March this year, I think. Obviously, we started writing songs a lot sooner than that. I actually started writing songs… Some parts of this album are older, but I started writing songs during the vocal recordings for 'Dominion'; when Joacim [Cans] was recording his vocals for the previous album, 'Dominion', I set up my stuff and I just started… I caught the creativity bug when it happened, basically. A couple of songs were even older than that. Two songs were ready already for 'Dominion', for that session, but I decided to hold them back because we felt that they needed more spotlight than they would have gotten if they came at the tail end of the 'Dominion' recordings. So we pulled them back and we brought them out for this one. And I'm really glad we did. I can tell you guys that you will be really glad we did too, once you hear everything."

"Dominion" was released in August 2019 via Napalm. For the disc, HAMMERFALL re-teamed with James Michael to do vocals at Red Level Three studios, and Nordström for the instruments.

In a 2019 interview with The Metal Observer, Dronjak stated about "Dominion": "I think it follows in the same path as we were going with both '(r)Evolution' and 'Built To Last'. It's pretty much an extension of that. What I do think we managed this time is that we captured a lot of energy on the album: a lot of the live energy that you have when you're performing on stage. We tried to get that in the album recording as much as we could. And we have tried that a lot in the past couple of years, or probably for as long as I can remember, but I don't think we've managed to capture it as much as we did this time. And if you're talking about, like, the music and stuff, I believe this album might be the strongest one that we've ever released. At least up there with it, because it's got a lot of variety and I like that in an album… You don't have any downtime on the album, you know; it's all really good in its own right. Not just in the context of the album, but they can stand alone and I think that's something that we're really proud of that we've managed to achieve this time."

HAMMERFALL released a new live set, "Live! Against The World", in October 2020 via Napalm.

If the journey is challenging the result can be...

Posted by HammerFall on Saturday, November 27, 2021

Riffing made easy with @sandbergguitars! The Gibson was...