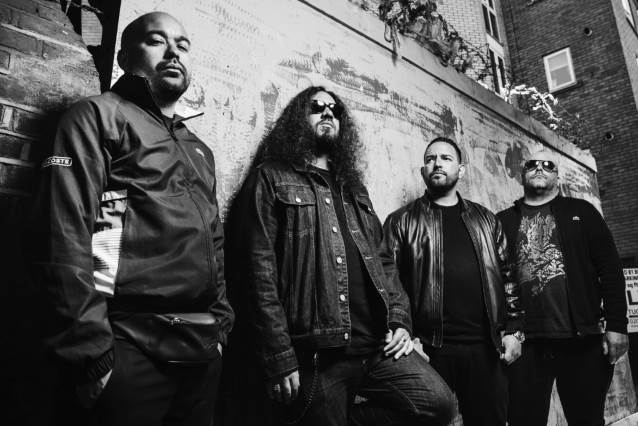 HANGMAN'S CHAIR will release its fifth studio album, "Banlieue Triste", on September 28 through Spinefarm Records in all territories outside of France.

A special double vinyl version of the album, featuring one black record and one red record, will be released in tandem. This comes as the result of a deal that will see the Paris outfit working with Spinefarm worldwide for future recordings.

The band has also shared a new song. Watch the video for "Naïve" below.

Over the past decade or so, HANGMAN'S CHAIR — Cedric Toufouti (vocals/guitars),Julien Chanut (guitars),Clement Hanvic (bass),and Mehdi Birouk Thepegnier (drums) — has released a steady flow of singles, EPs, albums, and split releases. They've all been housed in signature, stylish artwork and have showcased the band's trademark ability to blend emotional and musical weight with fragile interludes and atmospheric swathes of sound.

HANGMAN'S CHAIR stands as France's foremost name in the world of stoner doom, yet their music is in no way bound by style. This is evidenced by 10 new tracks on "Banlieue Triste" — from the epic riff-surge of "Naïve" through the shimmering, slow-burn instrumental "Sidi Bel Abbes" (featuring guitarist Marc De Backer from WOLVENNEST) to the soaring melody of "Tired Eyes" (a collaboration with French synthwave master Perturbator).

The album is a body of work where brute force and beauty are never too far apart.

"We feel that 'Banlieue Triste' has something special — a taste of relief," said Chanut. "With these songs, we believe that we've truly found our identity. We've never been this personal before in terms of the influences, the lyrics, the sound, and the artwork. 'Banlieue Triste' is what we are now and what we used to be as kids — it's full of nostalgia, the broken French dream." 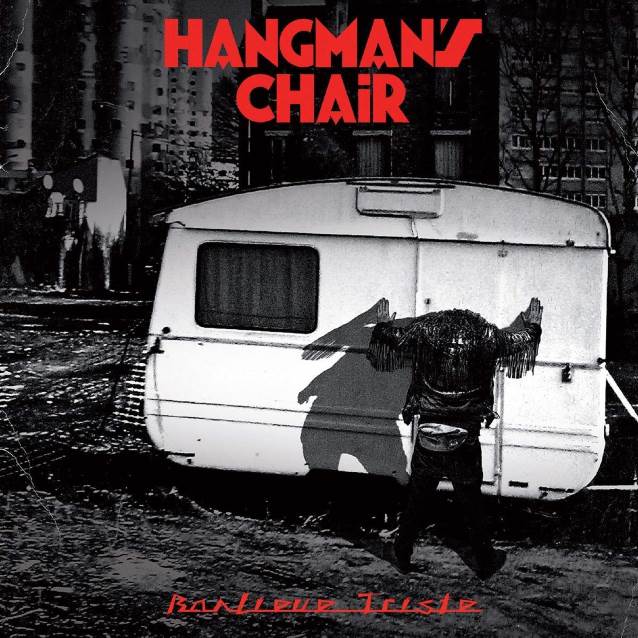