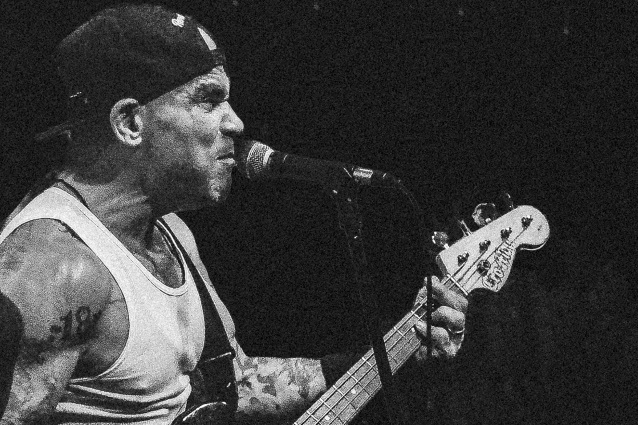 Harley Flanagan, founder of the legendary New York hardcore band the CRO-MAGS, has announced the release of the "Cro-Mag Demos" and the "Hard Core Dr. Know" EP.

The "Hard Core Dr. Know" release is out now on CD and LP, with proceeds going to Dr. Know of BAD BRAINS.

The focus of the "Hard Core Dr. Know" EP is to raise money for Dr. Know to help with medical expenses from a health issue he suffered in 2015. These new songs are in the vein of CRO-MAGS and Flanagan's last 2016 solo release titled "Cro-Mags". The music stays true to Flanagan's roots and the unmatchable CRO-MAGS sound while continuing to take it to a new level of musical intensity like only Flanagan can.

The CRO-MAGS are without a doubt, one of the most influential New York hardcore bands of all time, and "Cro-Mag Demos" are the first demos ever recorded by the sole founding member of the band.

In 1980, Harley Flanagan came up with the name CRO-MAGS while still drumming for the New York punk band THE STIMULATORS. He tried to form the band that same year with Dave Stein from EVEN WORSE on guitar, Dave Hahn from THE MAD on drums and John Berry of the BEASTIE BOYS on vocals. Harley auditioned others for the band, including Louie Rivera who went on to form ANTIDOTE and John McGowan, a.k.a. John Joseph, who did not make the cut until 1984.

The first show was played opening up for THE STIMULATORS at the Peppermint Lounge in 1980 with Flanagan on bass, Stein on guitar and Leo from the North Carolina hardcore band CRUCIAL TRUTH on drums. Just weeks before the show, Harley decided to play the show under a fake name because he did not feel that the band was ready to represent itself in the way he wanted. They hadn't had enough time to prepare for the show, but he had taken the gig to give the band incentive to get their shit together. Knowing there were high expectations since he and the others in the band where all from other local bands, they played under the name "DISCO SMOOTHY" to keep the band quiet until it was a full grown beast; only close friends knew about the show.

Their set consisted of original songs and two cover songs: "Nervous Breakdown" by BLACK FLAG and "Ain't Nothing To Do" by THE DEAD BOYS. After that one show, everyone went their separate ways, and, significantly, John Berry went on to form the BEASTIE BOYS.

In 1982, Harley started working on demos for his project. These demos would be the blue print for the sound and style that would become the CRO-MAGS.

The tracks were recorded at the Song Shop in 1982-1983 and produced by Harley and Denise Mercedes of THE STIMULATORS. They were finished in the beginning of 1983 and where supposed to be released on Rat Cage Records alongside the first LPs from the BEASTIE BOYS, AGNOSTIC FRONT and THE YOUNG AND THE USELESS. Due to disagreements about terms with THE STIMULATORS management and Dave Parsons from Rat Cage, the album was never released.

About that session, Harley recalls: "I had never tracked in the studio by myself and I didn't have a lot of recording experience. So far the only thing I had recorded was on drums with THE STIMULATORS. I tracked the drums first with no click track and then tried to follow along as best I could on the bass; then guitars and vocals, which was not easy without a steady click. I had to imagine what the guitars and bass where playing when I tracked the drums, and then try to keep up with the drums on bass and guitar afterwards. It was not easy."

At that point, Harley was still trying to put the CRO-MAGS together. He recruited his best friend Eric J. Casanova for vocals, but again, there was no one else to play with on the scene that wasn't already in a band; and for Harley, there wasn't anyone on the scene that was good enough to play the songs he was working on in the way he wanted to hear them played.

Harley recalls: "Paul told me: I know this kid Kevin [that's what everyone called Parris]; he's not really a hardcore kid, a punk or a skinhead or anything, but he can play RUSH songs and shit and he's really into THE STIMULATORS and the BAD BRAINS. I figured if he can play RUSH, he can play this shit." From that point the writing relationship began.

CRO-MAGS played its first show at CBGB, billed as "CRO-MAGS," in 1984 with Eric Casanova on vocals, Flanagan on bass , Mayhew on guitar and Mackie Jayson (borrowed from the band FRONTLINE) on drums.

This was the beginning of the band; and these where the demos that set it all off. 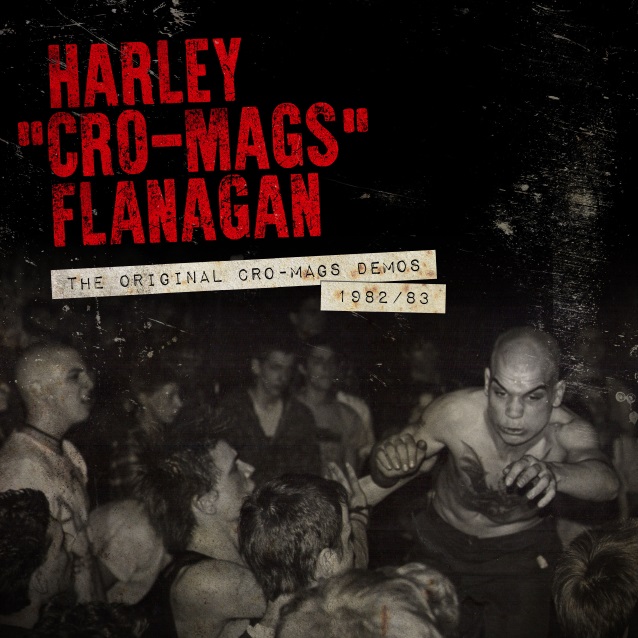 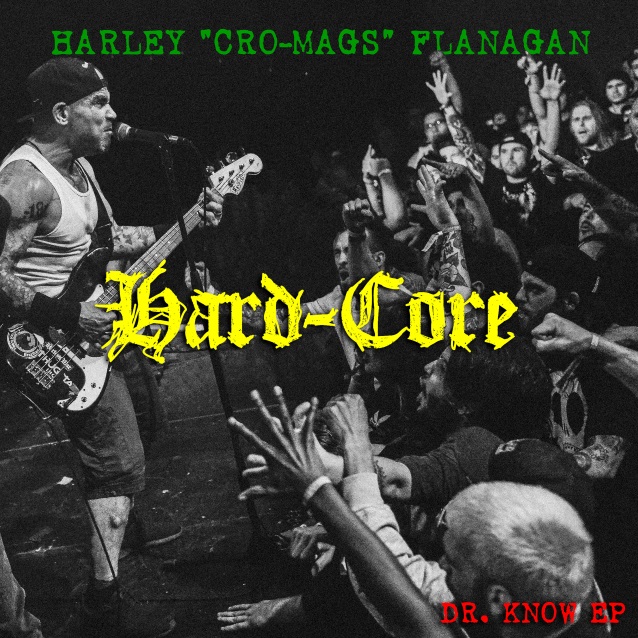