HATE AMMO, the new Umeå, Sweden-based band featuring members of NAGLFAR, ASSAILANT, LIVE ELEPHANT, THOSE WHO BRING THE TORTURE and BONE GNAWER, has uploaded three tracks — "Rise Up", "I U WE" and "Psycotic Episode" — from its new seven-song demo on the group's MySpace page. The demo was recorded, mixed and mastered at Enhanced Audio Productions.

HATE AMMO made its live debut on November 15, 2008 at Hamnmagasinet Metal Galaxy in the band's hometown.

The group, which is currently unsigned, consists of the following musicians: 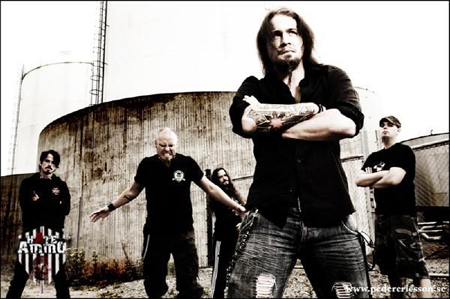