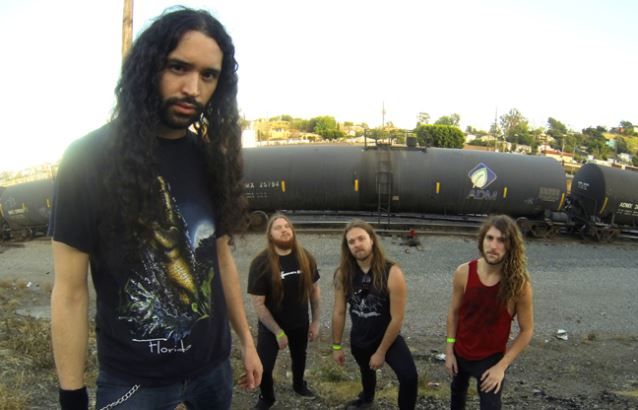 "Worse Than War", the new video from Denver thrashers HAVOK, can be seen below. Directed by Roy Warner, who worked on the band's "From The Cradle To The Grave" and "Point Of No Return" clips, the video addresses the eight stages of genocide: classification, symbolization, dehumanization, organization, polarization, preparation, extermination and denial.

"Unnatural Selection" is a far more mature collection of songs when compared to "Burn" (2009),and "Time Is Up" (2011). HAVOK has truly hit their mark with a sound that will please fans new and old. Another standout is the band's rendition of the BLACK SABBATH classic "Children Of The Grave".