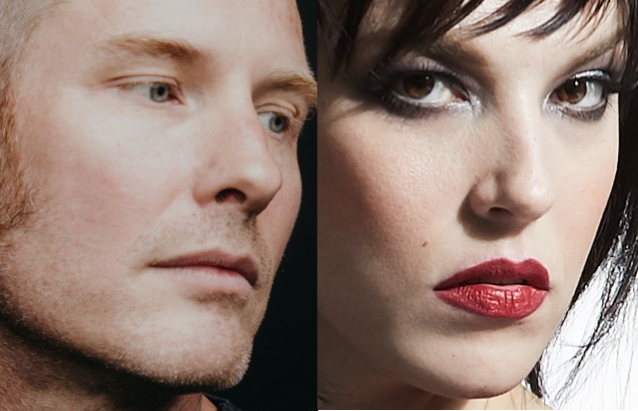 Milan Records has released the title track and lead single from Netflix's upcoming superhero comedy "Thunder Force". Available everywhere now, "Thunder Force" was written by composer Fil Eisler for the film alongside Scott Ian (ANTHRAX) and Corey Taylor (SLIPKNOT, STONE SOUR) and features a star-studded lineup of metal legends Lzzy Hale (HALESTROM), Dave Lombardo (SLAYER) as well as dynamic electric cellist Tina Guo. The track features as the end credits song to the new action comedy from writer/director Ben Falcone and starring Melissa McCarthy and Octavia Spencer, which premieres on Netflix on Friday, April 9. It features as the lead single to the film's original soundtrack by composer Fil Eisler, which will be released by Milan Records in conjunction with the film's debut next Friday, April 9.

Of the track, Eisler says: "One of the great things about scoring movies is that I get to play in a lot of different musical sandboxes and occasionally the opportunity comes up to invite in some special guests. ANTHRAX and SLAYER played a huge part in my childhood and I've been a fan of both Corey and Lzzy for years, so when the idea of doing an orchestral metal score came up, it was a perfect excuse to go straight to the source. Why fake it when you can work with the real originals! It was honestly one of the most outright fun experiences of my scoring career so far."

States Taylor: "It was awesome to work on this track with Lzzy and be a part of the film 'Thunder Force'. It is always nice to be creative and work with other artists in the community, especially during this extended time at home. I'm excited for everyone to hear the song and see the film."

Hale says: "I'm beyond excited to be included on the 'Thunder Force' soundtrack, surrounded by friends, representing the genres I love so much, rock and metal! You won't know what hit you! Remember, LIGHTNING NEVER STRIKES IF YOU CAN'T FORCE THE THUNDER!"

"I have had the privilege of working in the music industry for over 35 years," says Lombardo. "There is something incredibly exhilarating about performing on stage, specifically the edge that comes with the off the rails style of music I play. Working with Fil Eisler on 'Thunder Force' somehow captured that same feeling. This score is a powerful musical engine. It was a pleasure to be a part of the team that helped this come to life."

Guo states: "Working with living legends on this soundtrack for a film that features two ordinary women turned superheroes has been incredible. I feel the same way whenever I pick up my electric cello and feel my own transformation from causal nerd to screaming banshee. I cannot wait for everyone to hear it!"

Here is the "Thunder Force" plot via Netflix's official synopsis: "In a world terrorized by super-villains, one woman has developed the process to give superpowers to regular people. But when scientist Emily Stanton accidentally imbues her estranged best-friend with incredible abilities, the two women must become the first superhero team. Now, it is up to Thunder Force to battle the super-powered Miscreants and save Chicago from the clutches of The King." 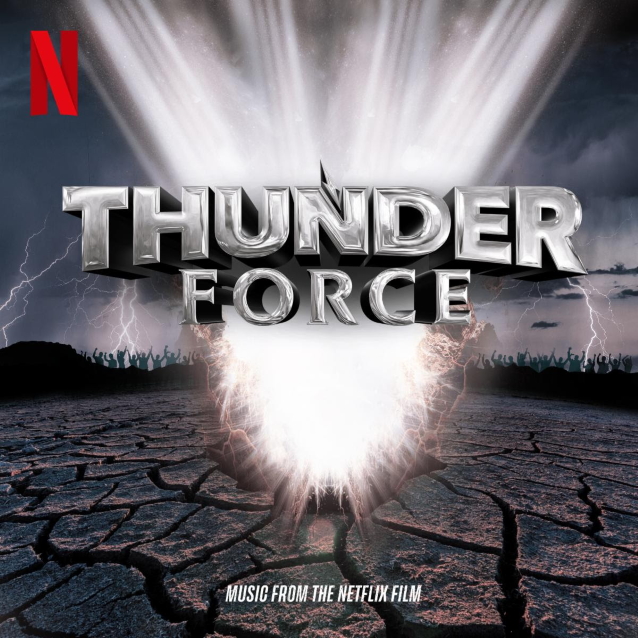 April 9th!! Save the date comedy loving drumheads. ThunderForce is coming for you! Loving this experience and the brilliant score. Thank you @fileisler. It’s a pleasure working with you, and of course jammin’ with my @mrbungle band mate @scottian. https://t.co/djiQXZsJt4