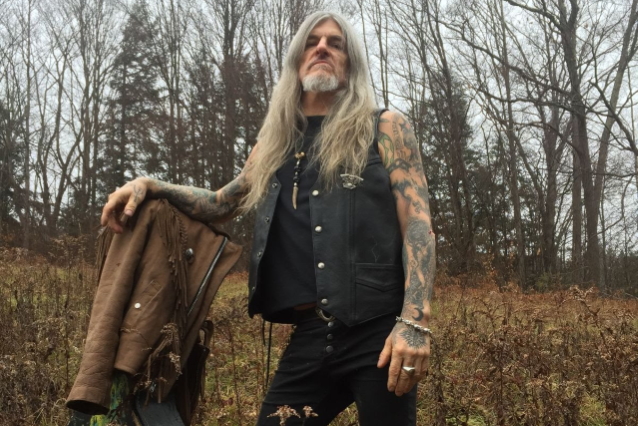 "Isolation" is a cover of JOY DIVISION's 1980 single, as Wino explains: "I have loved this song from the moment I heard it. I made a trade with one of my tenants in the early OBSESSED house, Joe of FUGAZI. I turned him on to 'Raw Power' (THE STOOGES) and he turned me on to JOY DIVISION. The music they made is still some of the heaviest stuff ever. I have always been drawn to the more melancholic, darker music, and I have played this song live on acoustic from the start. This is my version."

With an unmatched pedigree in doom, having been in bands like SAINT VITUS, SPIRIT CARAVAN, SHRINEBUILDER and THE HIDDEN HAND, along with ten years of touring the world since his last acoustic outing, you know Wino has stories full of longing, loss, heartache and darkness to tell on this soon-to-be-classic record.

Produced by Frank Marchand (THE OBSESSED, BOB MOULD),"Forever Gone" reflects the inexhaustible creativity of the Maryland-based rocker, with his trademark stripped-down melancholic rock that ranges from Americana-inspired soundscapes to deeper, strictly unplugged songs, while maintaining an outstanding sonic intensity over the span of its eleven tracks.

The release of "Forever Gone" will mark the launch of Ripple Music's new "Blood And Strings: The Ripple Acoustic" 12-inch vinyl series, which present albums of acoustic heaviness from some of the most admired names in riff-rock and metal.

Weinrich is widely as known as the iconic frontman of cornerstone doom metal founders SAINT VITUS and THE OBSESSED — both founded in the late 1970s and revered for inspiring hundreds of bands in their sovereign wake — as well as SPIRIT CARAVAN, THE HIDDEN HAND and SHRINEBUILDER.

Through his prolific and passion-driven 40-year career, whether he was laying the foundations of modern doom or successfully sailing across stirring folk rock lands, Wino has remained an unwavering force of the underground scene.

Wino formed his first band THE OBSESSED in 1980, starting the reign of "heavy and slow" decades before doom grew into a flourishing worldwide genre unto itself. A few years later, he moved to California to join SAINT VITUS, with whom he released the seminal "Born Too Late" (1986),one of the most powerful statements in doom's early history, with Wino's raspy, heartfelt and punk-charged vocals booming loudly above the crowd of howling, gimmicky Ozzy copycats.

Following a reformation of THE OBSESSED and a brief major-label flirtation in the early 1990s, which included a a piledriving update of BLACK SABBATH's "The Wizard" alongside Geezer Butler, Bill Ward and Rob Halford, Wino formed yet another influential outfit, SPIRIT CARAVAN. The new band fused his trademark sludgy churn with an increased soulfulness, beginning to lay the groundwork for his eventual exploration of acoustic and expansive songwriting. During this time, Dave Grohl also invited Wino to join his all-star PROBOT project alongside Lemmy Kilmister, King Diamond, Max Cavalera and other notables.

Numerous world tours with his various bands later, the creative source remained inexhaustible as Wino embarked on a new direction with the release of his solo debut, "Punctuated Equilibrium". Quickly followed by second solo LP, "Adrift", in 2010 and a series of collaborations with German folk songwriter Conny Ochs, Wino embarked on extensive European and North American tours as a solo act, continuing to maintain his thriving solo output even with the arrival of a much-heralded and welcome re-constitution of THE OBSESSED for the third time in 2017.

Today, Wino is respected the world over as the godfather of doom and one of the heavy music underground's most revered lifers. Worldwide festivals like Roadburn, Hellfest, Psycho Las Vegas, Desertfest, Maryland Deathfest, Rock Hard Fest, Monolith On The Mesa and countless others keep inviting Wino back through his various sonic incarnations year after year. 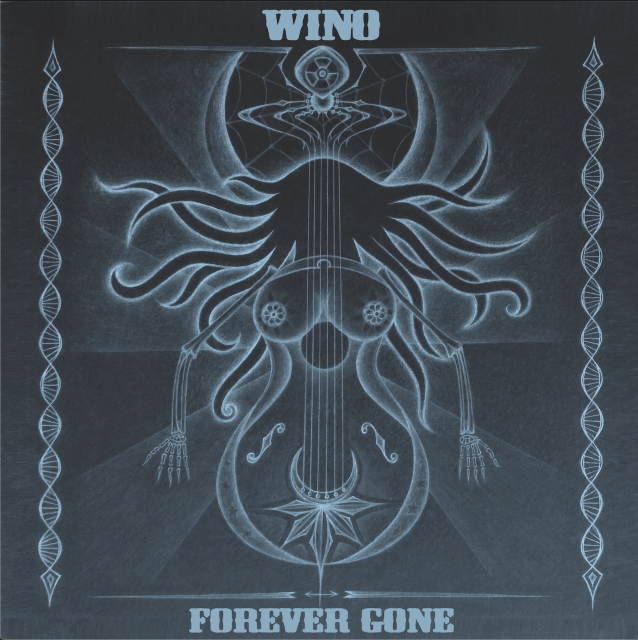