Glenn Danzig's long-awaited collection of Elvis Presley covers, appropriately titled "Danzig Sings Elvis", is scheduled for an April 17 release. Tracks set to appear on the effort include "Is It So Strange", "Loving Arms" and "One Night", which can be streamed below.

Asked what it is about "One Night" that stands out to him, Glenn told Rolling Stone: "It's a great song. There's a lot of different versions of it that I did while I was in the studio with multiple vocal takes. I did some a little softer, some a little harder. Some in between. The one I decided on is the one I like the best."

Regarding how "Danzig Sings Elvis" came together, Danzig said: "What happened was, in between doing it, I've been working on a million other things. I'm working on other records. It started out as, 'I'm gonna do a 'Danzig Sings Elvis' EP, and it can be four or five songs.' And eventually, while doing other records, we'd have downtime and I'd just turn to Tommy [Victor, guitarist] and say, 'Let's do another Elvis track or two.' He's like, 'Okay.' Eventually, it became an album.

Glenn also talked abouy the Elvis-themed shows he is planning for later in the year. He said: "I want it to be kind of an old-school, Vegas-y vibe that's all seated with 400 or 500 seats. Right now we're just gonna do San Francisco and L.A. We'll have tables right up onstage. No pit. None of that crazy shit. Come relax. If you want to have a drink, great. If not, come watch me and the guys do some Elvis stuff — it will be all Elvis stuff." 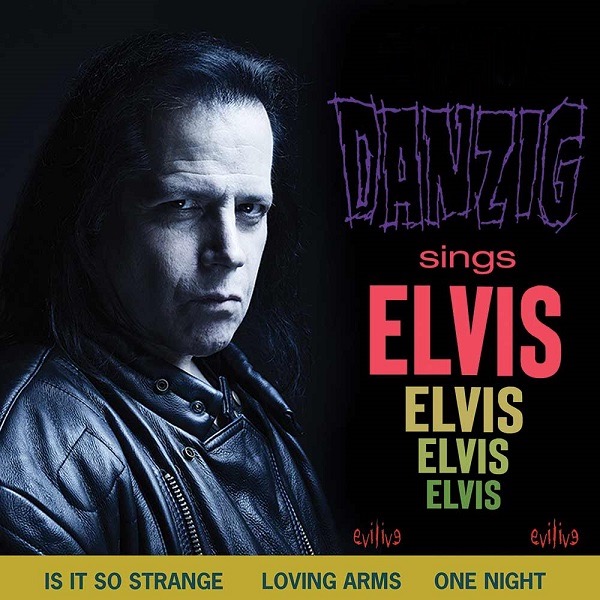