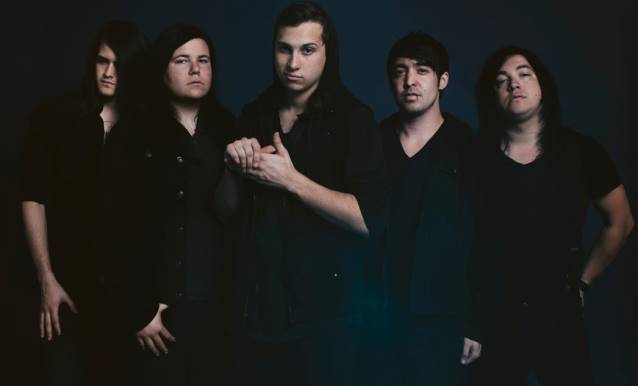 "Pressure Point", the new video from Southern California's HEARTIST, can be seen below. The song is taken from from the band's debut full-length album, produced by David Bendeth (PARAMORE, OF MICE & MEN, BRING ME THE HORIZON),which will be out later this summer via Roadrunner Records. A second new track titled "Skeletons" will arrive on April 29.

HEARTIST spent the majority of 2013 grinding it out on the road in support of its debut EP, "Nothing You Didn't Deserve", and is currently supporting BLESSTHEFALL on its U.S. headline tour. The trek, dubbed "The Hollow Bodies Tour", features Roadrunner labelmates THE AMITY AFFLICTION as well as SILVERSTEIN and SECRETS, and is set to continue through mid-May where it will eventually wrap up at Mesa, Arizona's Nile Theater.

Regarding HEARTIST's sound, the band's vocalist, Bryce Beckley, previously said: "When we first joined together, we had a collective goal that we didn't want to get stuck in a specific scene; get locked in to where we could only play heavy shows and that kind of thing. We deliberately wrote our EP so that it was kind of a transitional sound, in between heavy rock and hardcore music, with breakdowns and stuff. And we did it that way so that if we made a transition in either direction, it wouldn't be super surprising to fans. [On the upcoming] full-length, and we're going for a much heavier, dark rock sound."