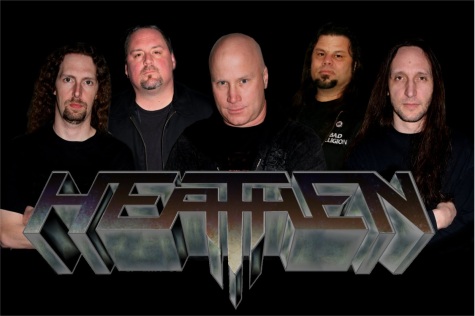 Vocalist David White of San Francisco Bay Area metal veterans HEATHEN was interviewed by Tea Fluksi of the "Metal Eye" show on Z1 TV when the band performed at Boogaloo in Zagreb, Croatia on December 12, 2011 as part of the "Thrashfest Classics" European tour with SEPULTURA, EXODUS, DESTRUCTION and MORTAL SIN. You can now watch the chat below.

VieBrooks replaced previousHEATHEN bassist Jon Torres, who was forced to leave the group in order "to focus on his health."