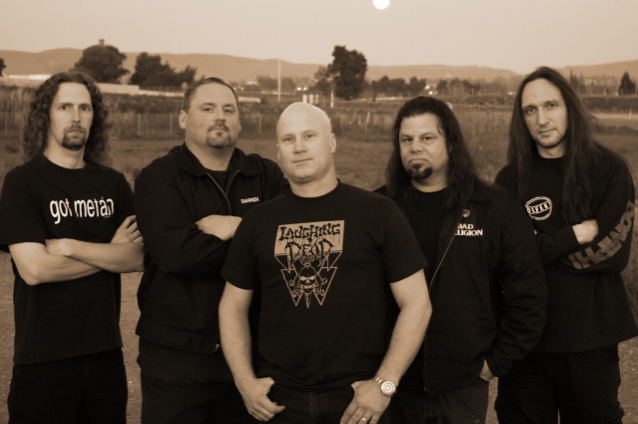 HEATHEN: Lyric Video For 'Control By Chaos' From 'The Evolution Of Chaos' 10th-Anniversary Remastered Reissue

The 10th-anniversary remastered reissue of HEATHEN's "The Evolution Of Chaos" album will be made available on January 31 via Mascot Records. The release will be available on CD/DVD, 2LP and digitally with a previously unreleased bonus track, "Seasons Of Purgatory". The CD/DVD will be accompanied by a two-hour "making-of" documentary on the album as well as a live performance from 2009's Thrash Domination in Japan.

The official lyric video for "Control By Chaos" from "The Evolution Of Chaos" reissue can be seen below.

When "The Evolution Of Chaos" was originally released back in January 2010, it was HEATHEN's first full-length collection of new material in 18 years and saw them ride a wave of the resurgent thrash scene. The band's recording lineup consisted of vocalist David White, guitarist Lee Altus, guitarist Kragen Lum, bassist Jon Torres and percussionist Darren Minter. The album also featured guest appearances by members of EXODUS.

HEATHEN is often credited — alongside EXODUS, TESTAMENT, FORBIDDEN, DEATH ANGEL and VIO-LENCE — with being one of the leaders of the Bay Area thrash metal scene of the mid-to-late 1980s.

Since its 1984 inception, HEATHEN has gone through several lineup changes, leaving Altus as the only constant member.

To date, HEATHEN has released three studio albums: 1987's "Breaking the Silence", 1991's "Victims Of Deception" and the aforementioned "The Evolution Of Chaos".

HEATHEN's drummer of 25 years, Darren Minter, quit the band in May 2013 "due to unforeseen circumstances."

Drummer Jon Dette, who has played with ICED EARTH, SLAYER, ANTHRAX and TESTAMENT, sat behind the kit for HEATHEN on the San Francisco Bay Area thrash band's 2013 European tour with GENERATION KILL and DUST BOLT.

HEATHEN in 2012 inked a deal with Nuclear Blast Records.

Altus has been a member of EXODUS since 2005. He joined the group as the replacement for Rick Hunolt, who left EXODUS to concentrate on his family life.

HEATHEN has spent the last few months working on the follow-up to "The Evolution Of Chaos". 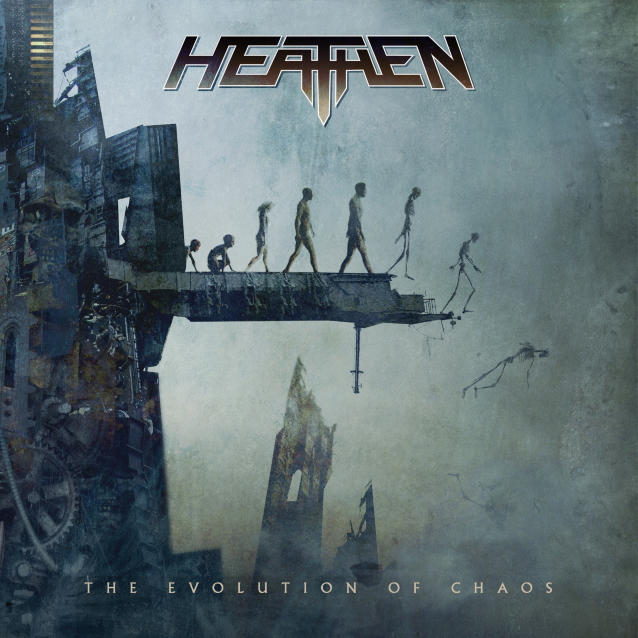