TOOL is among the headliners of the 2020 Bonnaroo Music & Arts Festival, set to take place June 11-14 at Great Stage Park in Tennessee. Also scheduled to appear are THE STRUTS, VAMPIRE WEEKEND, FLOGGING MOLLY, PRIMUS, TENACIOUS D, OYSTERHEAD, RUN THE JEWELS, KING GIZZARD AND THE LIZARD WIZARD, UNCLE ACID AND THE DEADBEATS, THE MARCUS KING BAND, THE REGRETTES and more.

TOOL will close out the festivities on Friday, June 12, while LIZZO and TAME IMPALA will top the bills on Saturday (June 13) and Sunday (June 14),respectively.

In 2019, the festival sold out for the first time in six years.

Tickets for Bonnaroo will go on sale this Thursday (January 9) at 12 p.m. EST.

For more information, including camping and packages, visit the festival's web site.

TOOL's latest album, "Fear Inoculum", shifted approximately 270,000 equivalent album units in its first week of release, with 248,000 of those in traditional album sales. 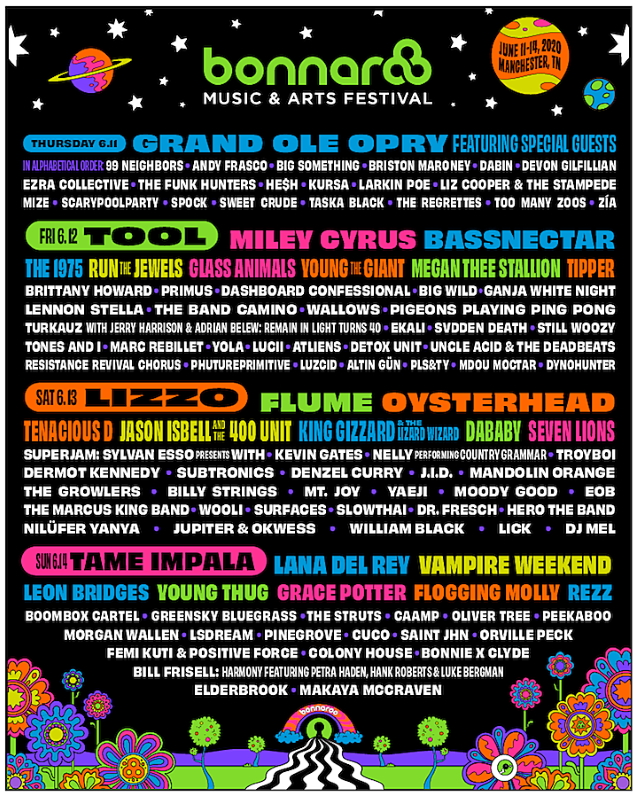