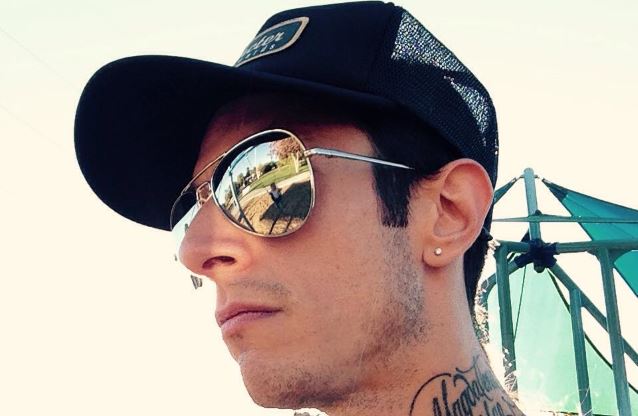 San Francisco Bay Area metal veterans HEATHEN have tapped Sasha Horn (FORBIDDEN) to sit behind the kit for their upcoming appearance on the 70000 Tons Of Metal cruise.

70000 Tons Of Metal will sail Thursday, January 22 on board the Royal Caribbean "Liberty Of The Seas" from Port Everglades in Fort Lauderdale, Florida to Ocho Rios, Jamaica and will not return to the real world until Monday, January 26.

HEATHEN's drummer of 25 years, Darren Minter, quit the band in May 2013 "due to unforeseen circumstances."

Drummer Jon Dette, who has played with ICED EARTH, SLAYER, ANTHRAX and TESTAMENT, sat behind the kit for HEATHEN on the San Francisco Bay Area thrash band's 2013 European tour with GENERATION KILL and DUST BOLT.

HEATHEN in 2012 inked a deal with Nuclear Blast Records.